The Hummel (Bumble Bee, in portuguese Abelhão) also known as Panzerfeldhaubitze 18M auf Geschützwagen III/IV (Sf) Hummel, Sd.Kfz. 165, was a self-propelled artillery gun based on the Geschützwagen III/IV chassis (which used the Panzer III driving and steering system and Panzer IV chassis, suspension and engine).
It was armed with a 15 cm howitzer - 15 cm schwere Feldhaubitze 18 or sFH 18, with a effective range of 13,350 m. 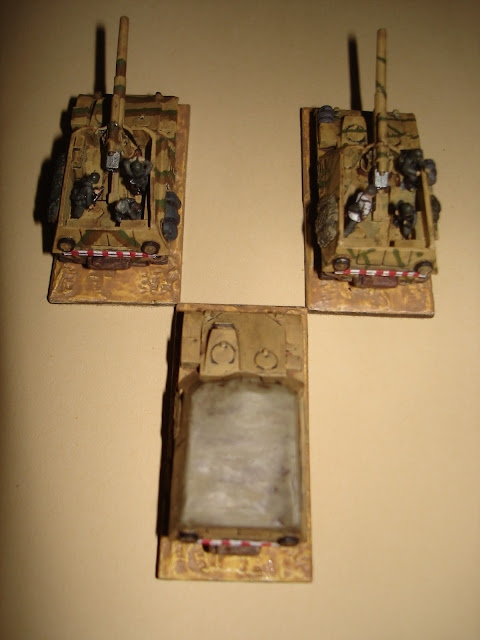 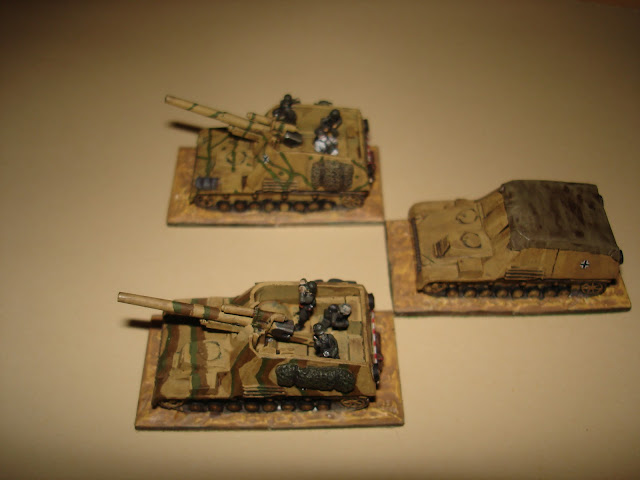 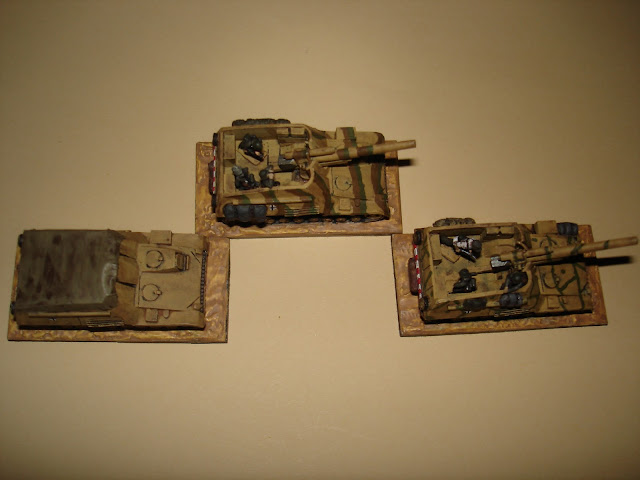 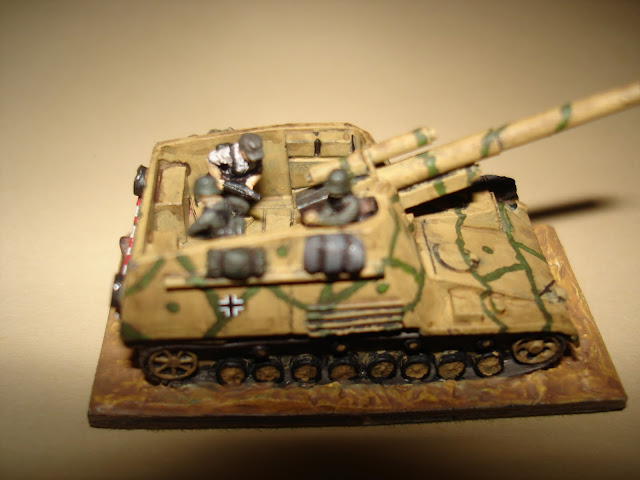 I use them as heavy artillery support with the rules Ambush Blitz. The models are in 1/144 Scale, from Wargames South, the crews are adapted from Minifigs 12mm Gunners.

I made a small adjustment to one of my Hummels, I’ve pulled out the gun to become a weaponless ammunition carrier.
Regards
JMM
Publicada por Jorge Faria à(s) 09:18