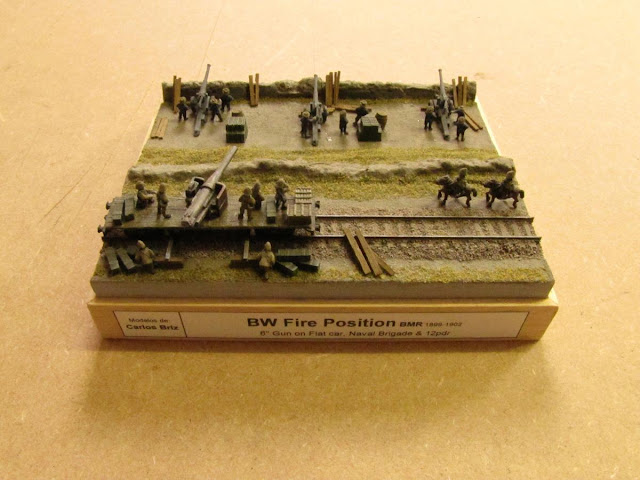 (Flat car with 6 inch gun)
Who would think this could be possible?
Where in the Blogosphere would it be possible to find a post with a brand new locomotive Series this late at night?
You really do not have to reply to this, since I naturally already know the answer. 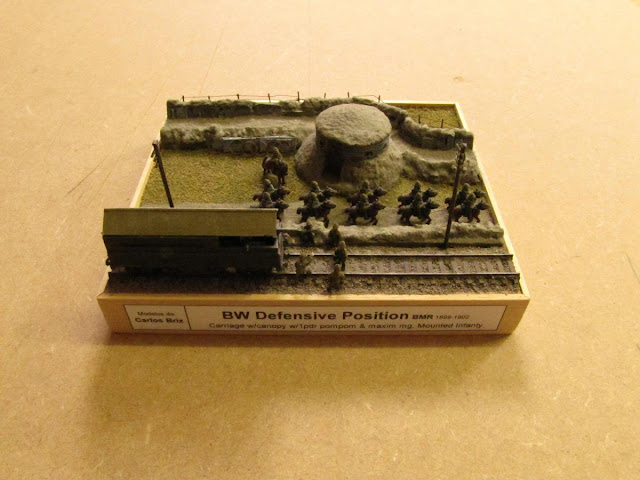 (Carriage with canopy and 1 pdr gun)
Even with all the heavy guns at their disposal, the British had a really hard time dealing with the Boers, who, up to a point, sucessfuly developed efective guerrilla tactics that demanded new counter insurgency tecniques. 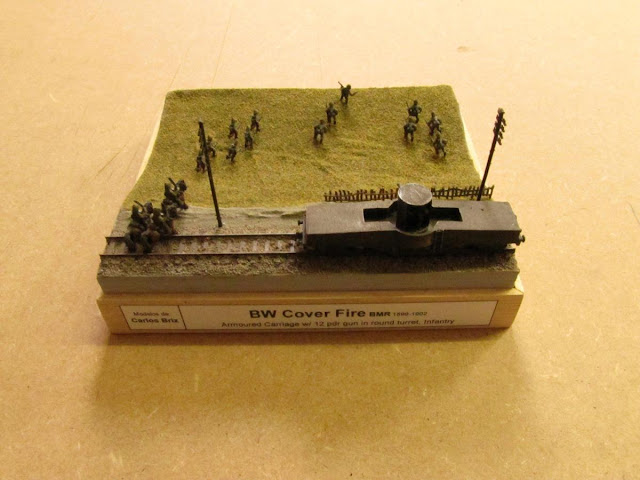 (Armoured carriage with 12 pdr gun)
This conflict also resulted in huge losses among the civilian population.
The "empire on which the sun never sets" was forced to make considerable changes in organization and policies after this particular war.
JF/PC
Publicada por Jorge Faria à(s) 23:29