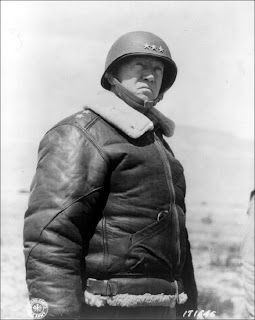 I must confess to have been forced, after some serious lobbying made by JF, to post an additional reference to our current poll, related to the two other best placed candidates. I had to agree, since he hinted  there could be retaliations involved otherwise, regarding the timing of the painting of my DBA armies he has in his hands.
One of the guys involved is Patton, a professional soldier and a no-nonsense type of guy, when it came to get things done.
In his early years this guy once placed himself on the wrong side of a shooting range just to figure out what his reactions would be under fire. He got plenty of that later, in WWI and WWII, and became an icon in his lifetime. 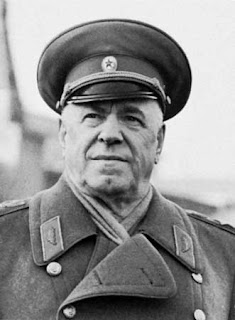 Zhukov was a self-made man, who literaly rose from the ranks to become the most decorated general in the history of Russia. In my book, the Battle of Khalkhin Gol is one of his best achievements, both as a strategist and as a tactician.
PC
Publicada por Jorge Faria à(s) 18:21