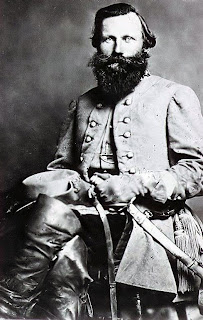 (J.E.B. Stuart)
I want to file a formal complaint among our followers, regarding the number of votes J.E.B. Stuart has been given until now in the current poll!
What is not to like about this guy? He seldom followed orders sent by his superiors; went with his friends on joy rides wherever it pleased him; all the girls liked him.
Maybe his only hope in winning this poll lies in a sudden and unexpected (not to say improbable...) increase in the number of our female following. 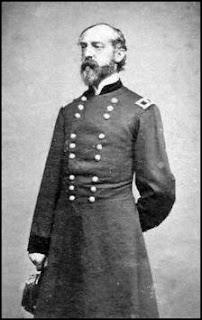 (George G. Meade)
Meade was a solid and reliable career officer. His performance was above average in several battles during the ACW (South Mountain, Antietam, Fredericksburg, just to mention a few).
The battle of Gettysburg, where he defeated Lee, is his best known accomplishment.
PC
Publicada por Jorge Faria à(s) 12:32