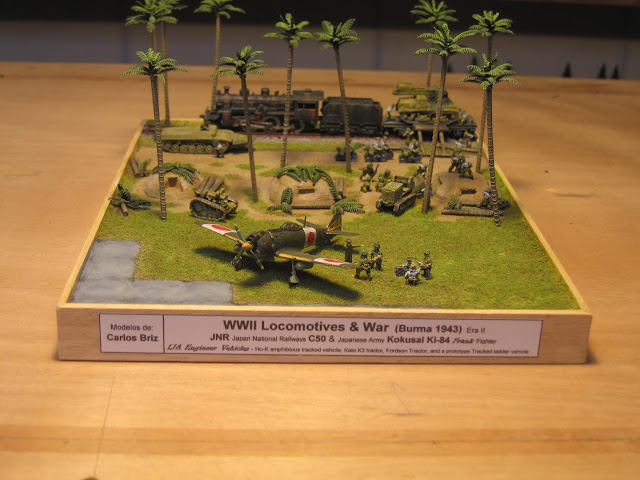 
Still in a trend related to "hot" environments, here we have another great (and brand new...) dio from our friend CB,this time related to the Burma T.O.

The fighter you can see in this dio is the Ki-84 (a.k.a Hayate, code named by the allies as "Frank").

This was one of the few Japanese fighters that could climb high enough and reach the B-29's in flight, but there were never enough of them to go around. 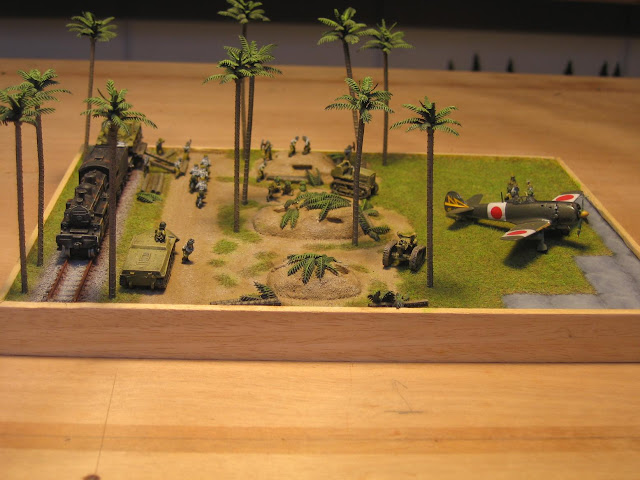 Here you can see another example of Japanese expertise in defenses and camouflage. 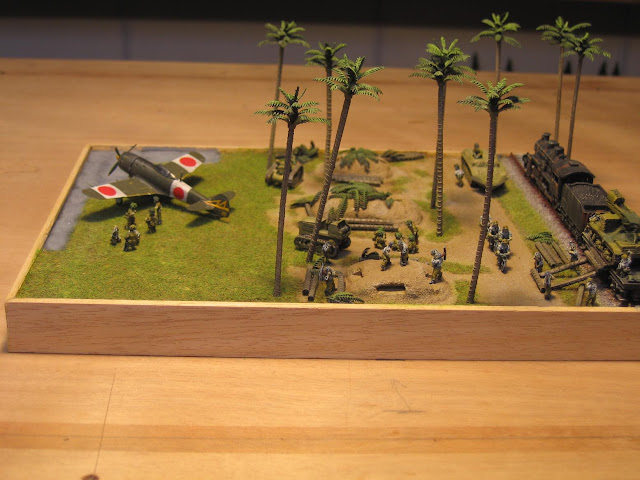 The Japanese were pretty tough costumers to dig out of similar defenses, since most of them did not know the meaning of the word "surrender".