By Miguel Morão
As I was thinking of rebasing my 1:300 troops I decided to do it properly this time. My bases usually have quite a drab look, rather ugly as a matter of fact. The best I did I used a product called Basetex which is sand aglutinated with water based paint in a selection of colours, but anyway I thought I could do better.

As I’m not smart enough to reinvent the whel I looked up my bookmarks list and I found these sources of inspiration:

. (this leaves me breathless) http://sixtwentyeight.blogspot.com/2007_09_01_archive.html

To start somewhere, I decided to make up what will grow with time tobe a 1944 Pz.Division. The wargame rules I'm using call for a representation scale of 1:5. I'll be doing my troops at paper strength which may well be an exageration, actual scenarios will call for rather less. Most material in the pics will be Heroics & Ros.

So I had already painted the tank component of my Pz.IV battalion. 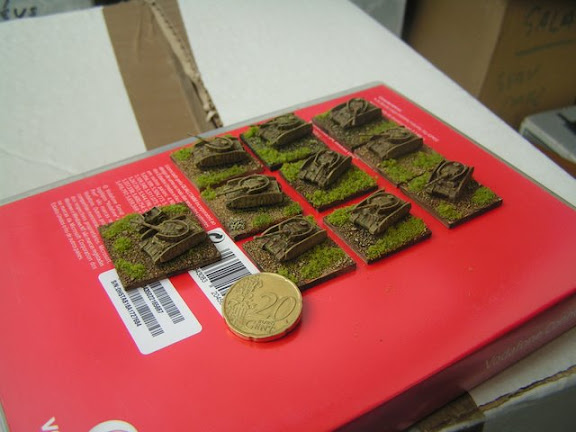 In the meantime I dug up my vehicle park. I had recently done a house move so it is all in a jumble. This is the Big German Mess as I took it after transport, shades of Falaise. The Russians are in not much better shape. 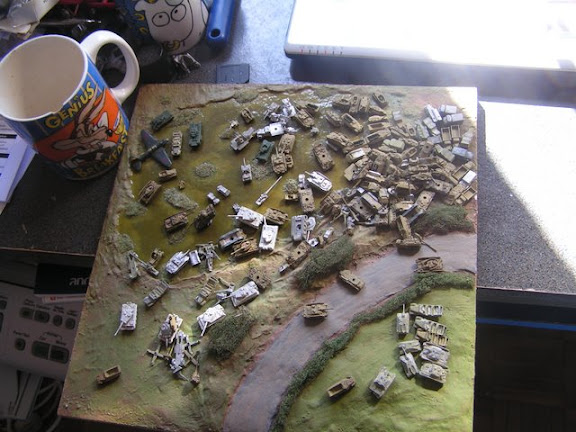 So this is my immediate objective: completing and basing the Pz.Regiment. At the top left is a Maus by Skytrex, bought in what, early 80s? I'll be doing this for fun! 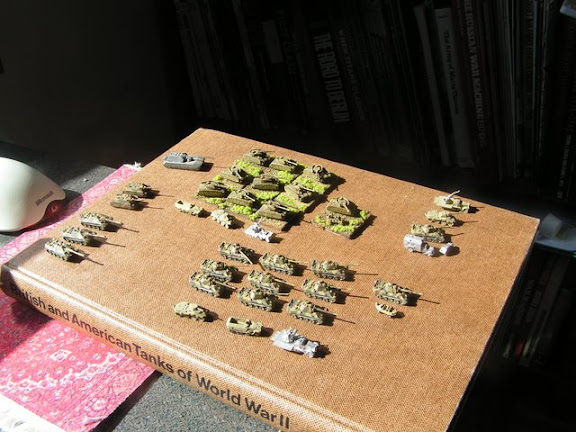 First of all everything will go for a bubble bath to remove years of dust and grime!

And so the saga continues. 2 dozen 25mm square bases cut from a card sheet I bought in an art store, plus a few deeper ones to acommodate the JagdPanthers and ze Maus. 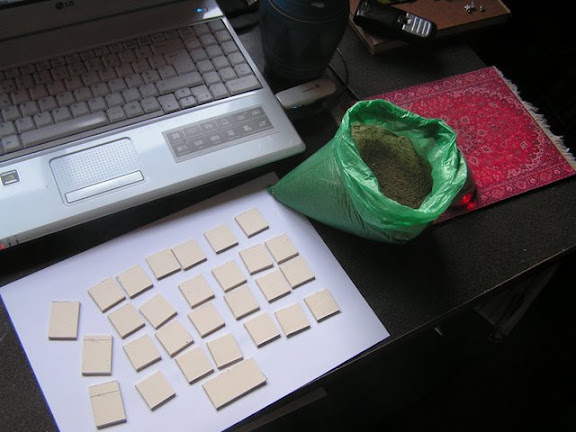 I have a few bags of several types of sand I caught here and there in construction sites, this one is in a bag supplied by the local council to pick up your dog poo. Isn't a wargamer's life interesting?

Using common white glue, you make sure your base has an even coat covering up to the edge. Easier to do than to say, actually. Then you cover everything with a thick layer of sand and let lie for a few hours. 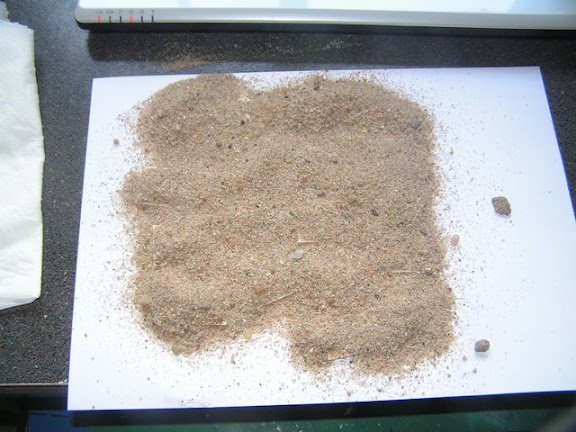 In the meantime I cleaned up those unpainted models, and took a long hard look at ze Maus to see what could be done to improve a 30+ year old casting.