The tachanka was a horse-drawn machine gun platform, usually a cart or an open wagon with a heavy machine gun installed in the back. A tachanka could be pulled by two to four horses and required a crew of two or three (one driver and a machingun crew). The tachanka went on to see service with the Red Army well into the Second World War and was also adapted by the Wehrmacht as an anti-aircraft platform.
The model below is from Pendraken (10mm) and belongs to my URSS Army. With this model I´m also entering the Pendraken 2012 Painting Competition. 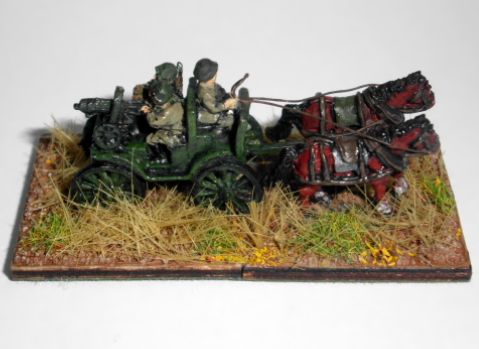 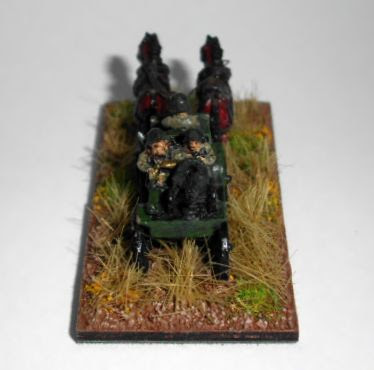 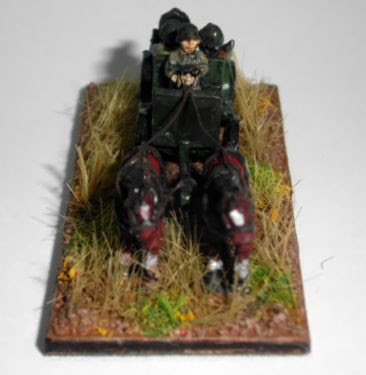 My soviet forces are building up for the 2012 Ambush Blitz Campaign - (Kursks 1943), to be held in September, in Espinho. Yes, in 1943, the tachanka was still in the OOB of some soviet cavalry units.
Regards
JMM
Publicada por Jorge Faria à(s) 21:38