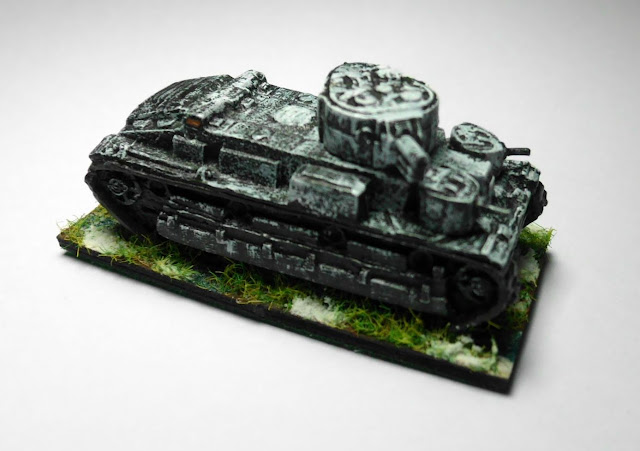 The T-28 was a Soviet medium tank. It was an infantry-support tank intended to break through fortified defences. The prototype was completed in 1931 and production began in late 1932. The tank was deployed during the Invasion of Poland and the Winter War against Finland.
When the germans invaded URSS, in June 1941, the Soviets had 411 T-28 tanks, however, during the first two months of the invasion,  most T-28s were lost, many of them abandoned after mechanical breakdown. After, late 1941, they were rare in Red Army service, only a few were operated by enemy forces (like Finland).
The model below is from pendraken (10mm). It belongs to my soviet army and I used it to participate in the Pendraken Painting Competition 2012. 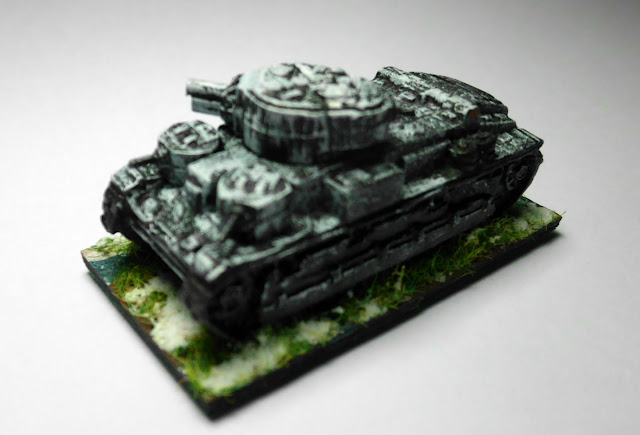 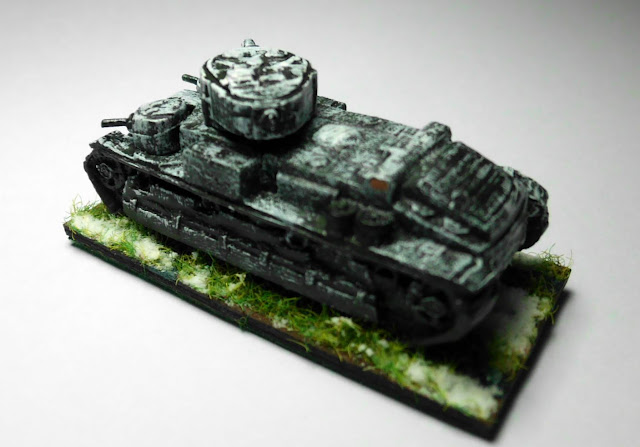 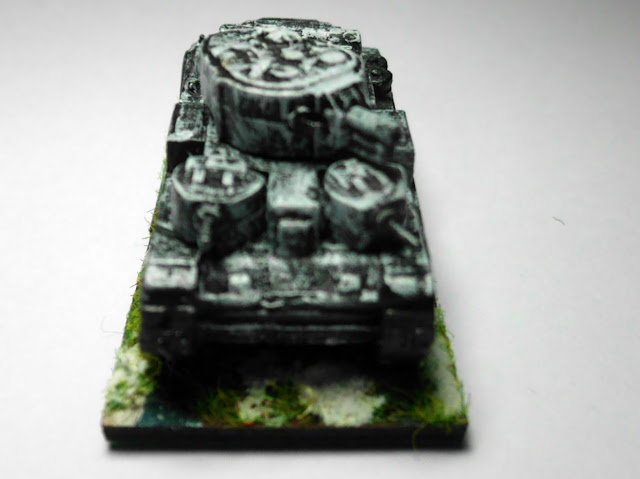 I decided not to include any markings or symbols so that  I may double use it also with my Finns.
Best Regards
JMM
Publicada por Jorge Faria à(s) 09:11