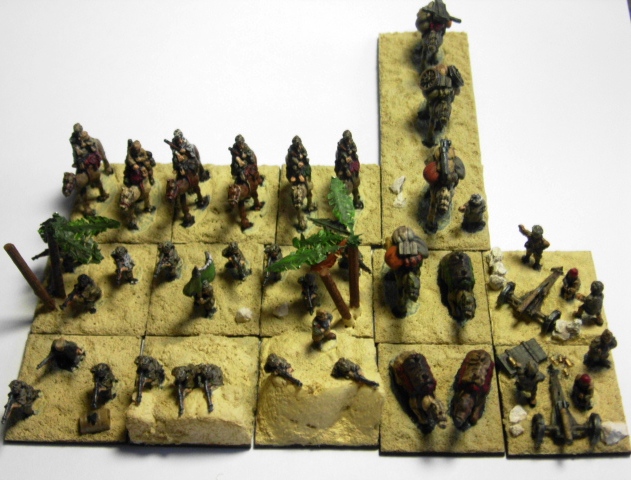 The Italian (like other colonial countries) in their respective North African territioire (Cyrenaica and Tripolitania) locally recruited camel corps.
The Italian Camel Corps was considered very effective. It was officially called Meharists, after the Mehara camel it used. Camel-mounted troops were mainly employed by the Saharan Command for desert patrol purposes, however attached to his armored group General Bergonzoli, XXXIII Army Corps (September 1940), had a Saharia Libyan troop comand. The units were composed of libyans and included a Saharian batallion, a Camel battery of 65/17 guns.

Since there are not specific models for creating a meharisti ww2 troops, I´ve used and adapted the colonial Pendraken range, some ww2 Italian officers and some Pithead models for my artillery.


I´ve used some of the models below (from pendraken (10mm) to participate in the Pendraken Painting Competition 2012. 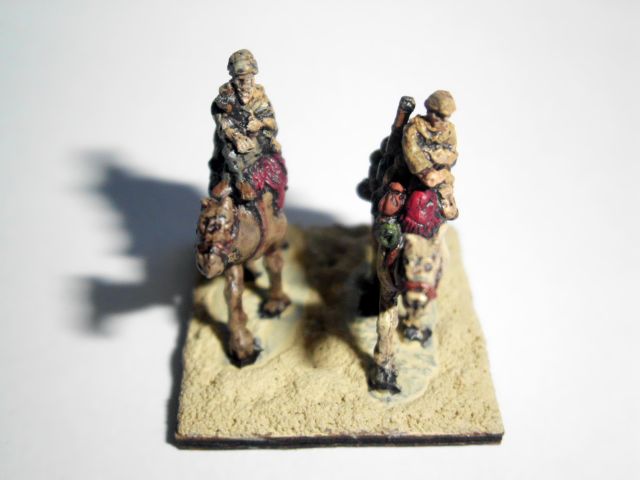 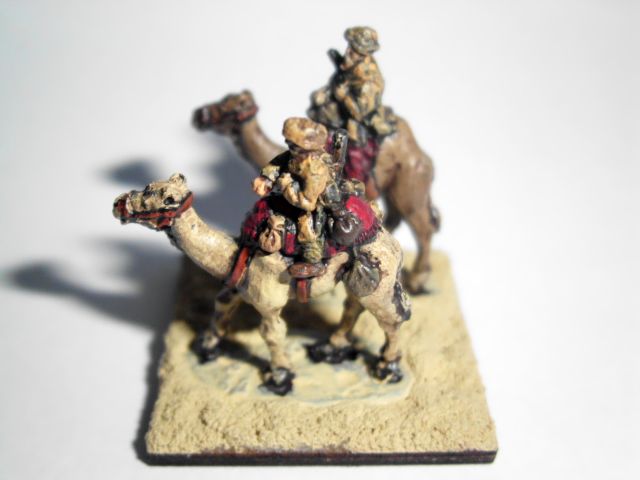 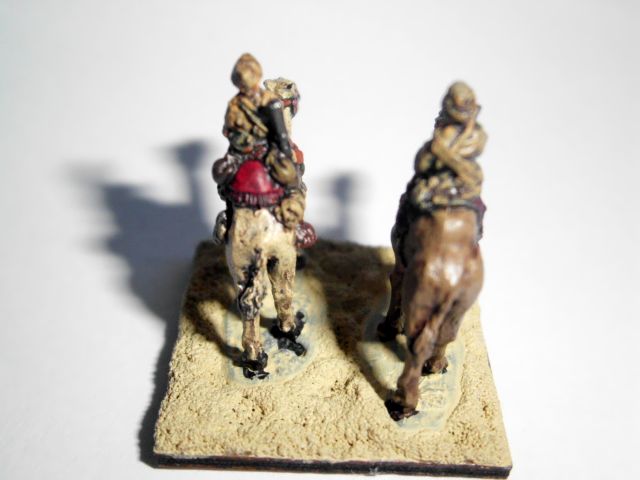 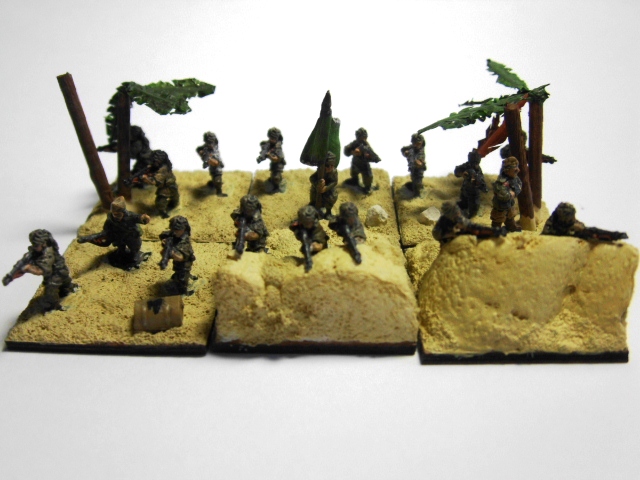