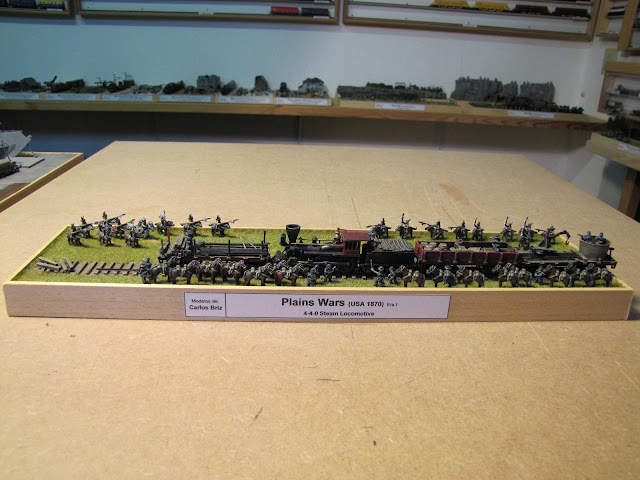 (Class 4-4-0 steam locomotive - US Railways)
In the period before, during and after the American Civil War (1861-1865), the north american continent saw  many armed conflicts involving native americans.
In the Dakota War (1862) the Sioux nation was once again defeated and forced to leave all their reservations.
The Colorado War (1863-1865) mainly involved the Cheyenne and Arapaho tribes and was another example of conflict born out of the pressure on the native population by the white settlers in search for land and natural resources.
The Sand Creek Massacre was just one of the many unfortunate consequences of this particular war. 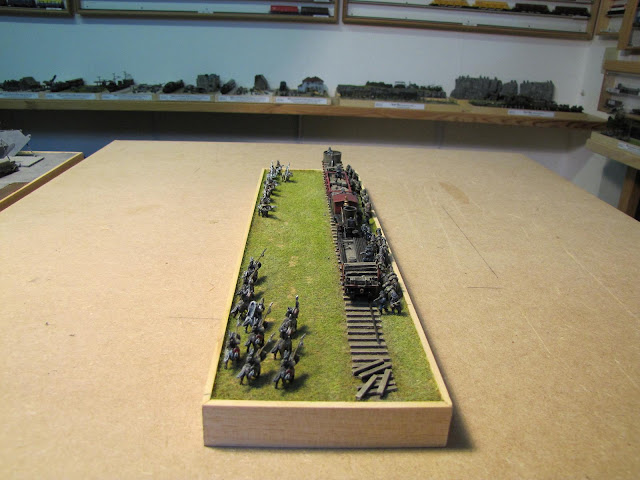 I wonder if this "iron horse" will be able to resist the determined assault made by the Sioux warriors...
BT
Publicada por Jorge Faria à(s) 23:02