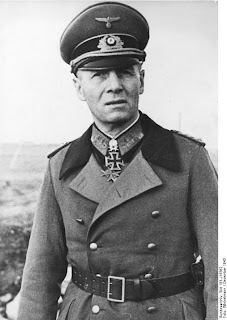 It has been very interesting to follow the evolution of our poll regarding the best general of WWII.
It seems the doubt now is whether the final victory will belong to Rommel or Manstein, since your votes have mostly resided with these two characters, who have been consistently tied.
I think Rommel is more appealing, as a character. The dash and initiative he inspired in his foot soldiers, while leading from the front line, were seldom equaled by any other high ranking officer in the Wehrmacht. 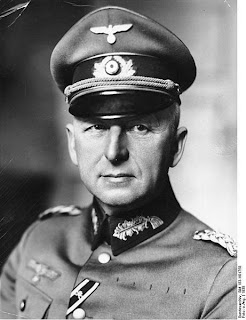 Manstein was a true blue product of Prussian military tradition. Thorough and highly professional, his credits as a strategist were second to none. From the invasion of France in 1940, to the battles in Russia, this guy's intellectual superiority in war was recurrently proven.
It will be up to you to decide who will be the winner of this (outstanding...) poll.
PC
Publicada por Jorge Faria à(s) 09:28