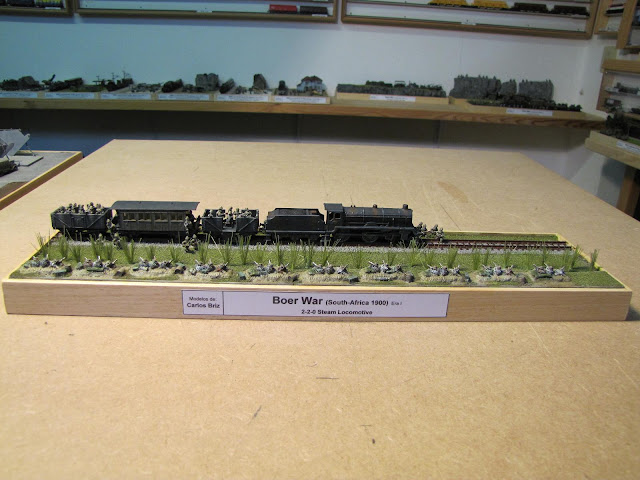 (Class 2-2-0 locomotive)
And here you have them: two more elegant dios from our friend Carlos, with their painting still fresh. 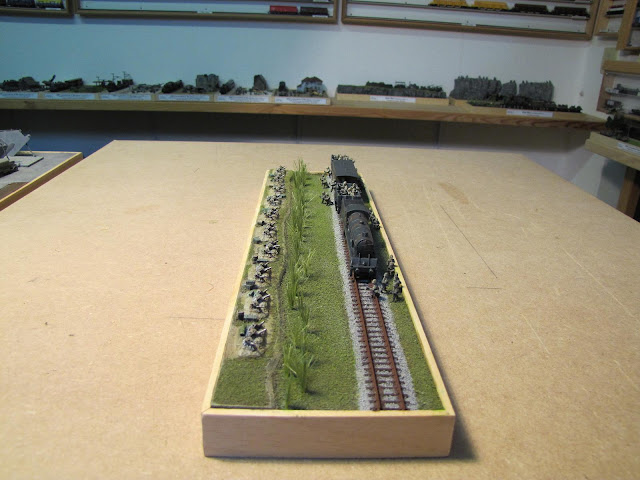 The Boer guerrilla fighters sure knew how make an ambush.
The British regulars had a very hard time catching up with the Boer guerrillas in the Second Boer War (1899-1902), during the guerrilla phase.
This conflict showed (once again...) that there is only one method to win against an insurgency: utter ruthlessness. 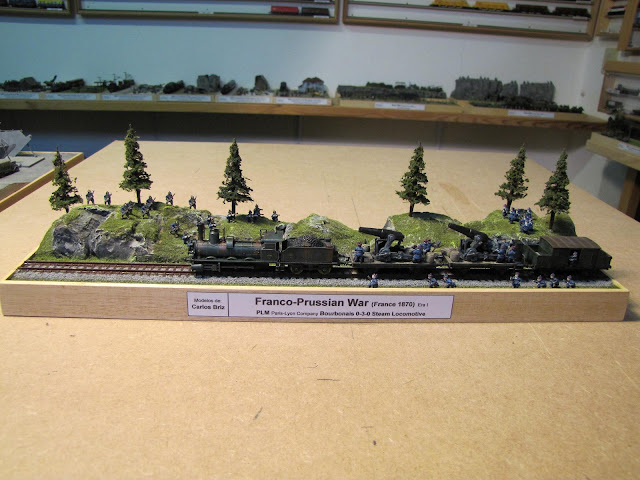 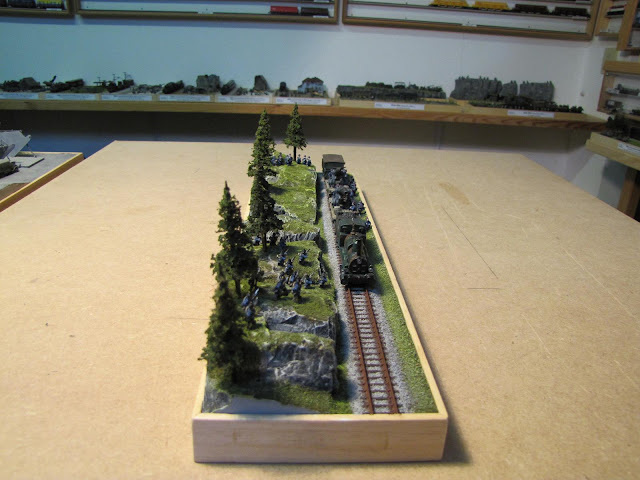 On the other hand, the Franco-Prussian war (from July 1870 to May 1871) was a perfect example of how things can go terribly wrong in a short time, when the general plan is not well prepared - remember that it was France that declared war on Prussia.
The German superiority in tactics, training and materiel took an awful toll on the French armies.
BT
Publicada por Jorge Faria à(s) 16:02