Our huge following must be wondering what happened to the almost daily posts related to Carlos Briz dioramas.
The short answer is this: Carlos is only human, after all!
Let's give him a well deserved rest and allow him time to complete his ongoing projects.
Carlos: you have until next week to do all of that and send us more stuff... 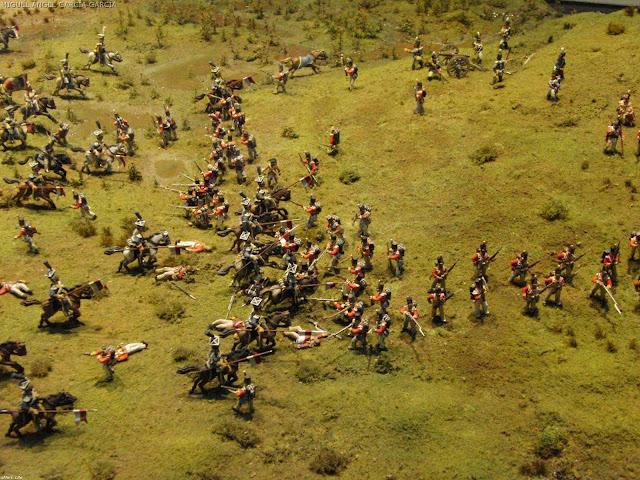 I've been in the Albuera last weekend for the bicentennial reenactment of the battle that took place the in 16th May 1811, and took the chance to visit the local museum, where I found these very interesting dioramas. 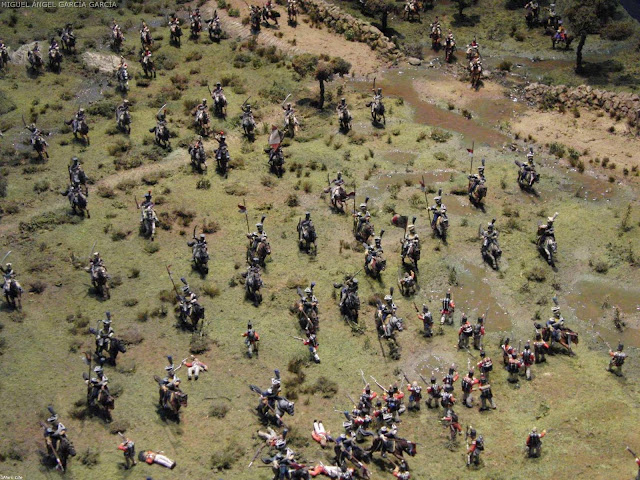 Here we have a representation of the French cavalry charge (Polish lancers included) that decimated the Colborne Brigade, during this battle 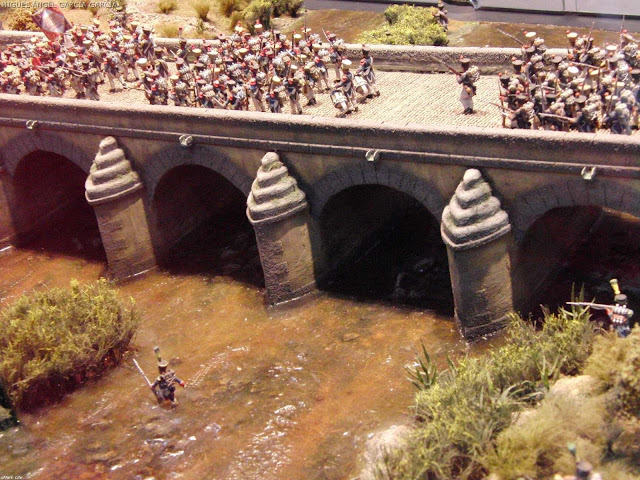 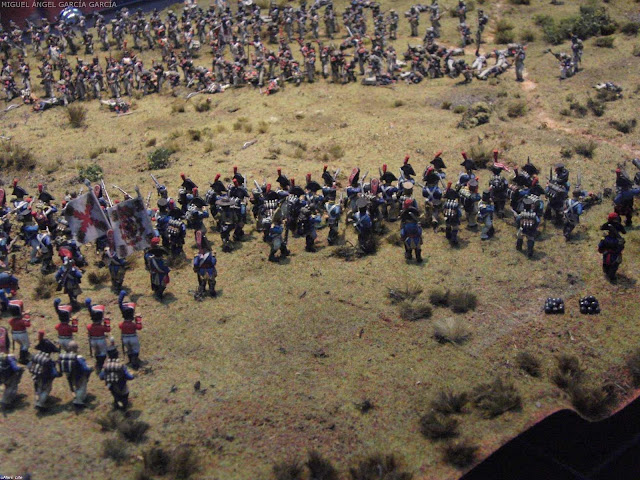 Die hard, 57th!
These were some to the last words of Lieutenant-Colonel William Inglis, who after being wounded during the battle refused to retire and leave his boys from the 57th Regiment of Foot 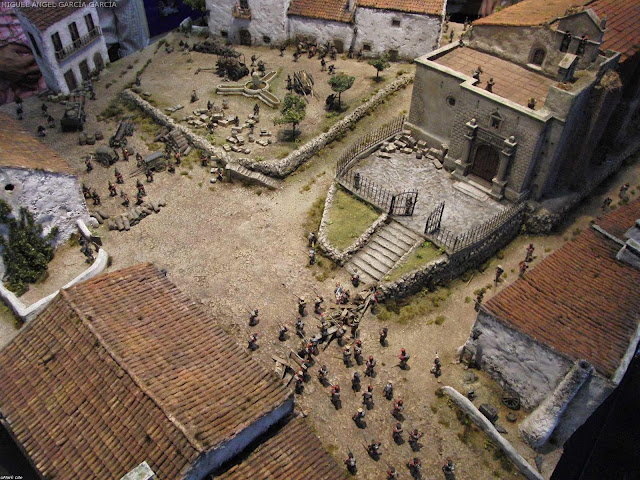 This is an outstandig diorama of the village of La Albuera in 1811, in the process of being stormed by the French columns 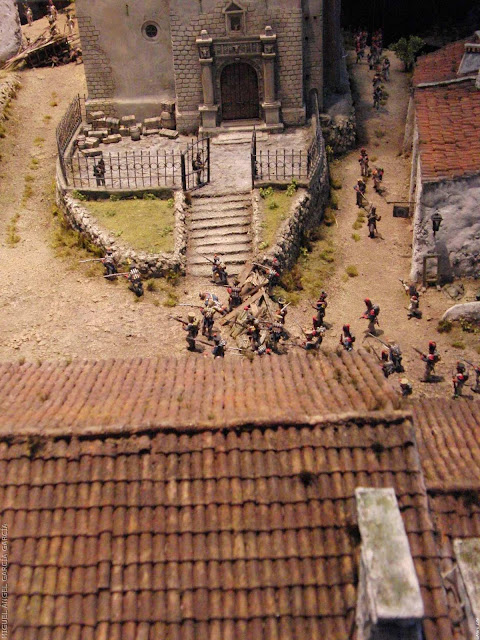 The quality and the details of the figures and buildings are simply breathtaking. 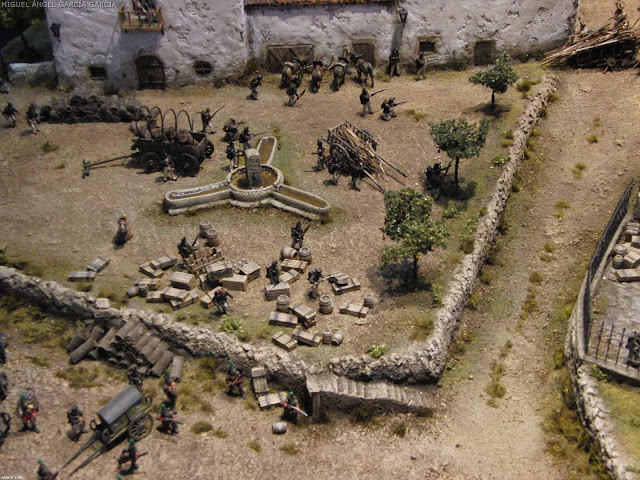