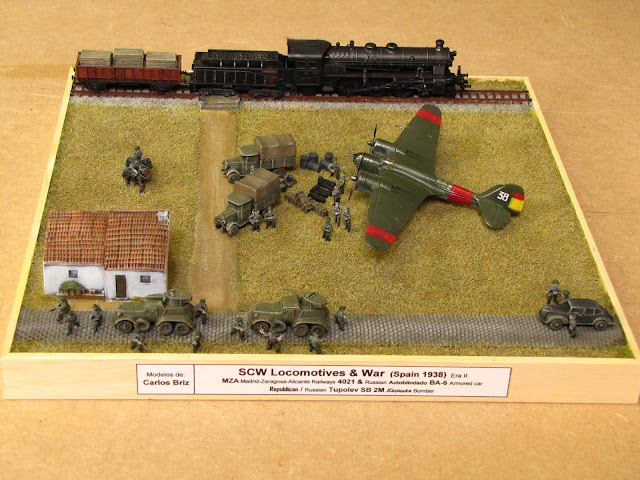 (Class 4021 locomotive - Madrid-Zaragoza-Alicante Railways)
The Tupolev SB was a state-of-the-art bomber at this time and was delivered in Spain early in this conflict. It speed was faster than that of most Nationalist fighters (namely the Fiat CR.32 and the Heinkel He 51) and with it's soviet pilots gave the Republican side some good services. 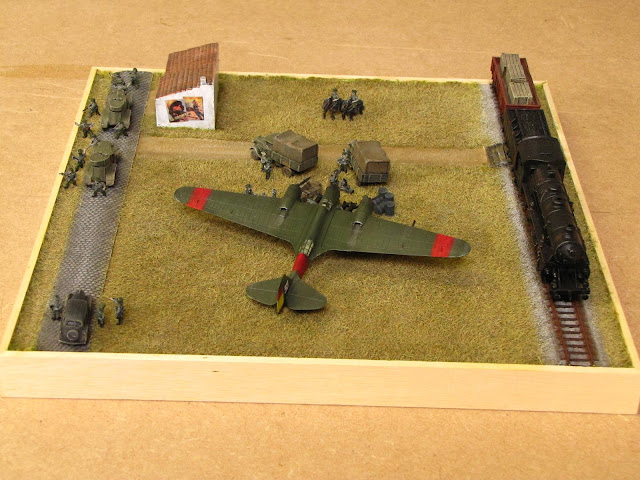 Here you can see another unique propaganda poster, on the side of that building. 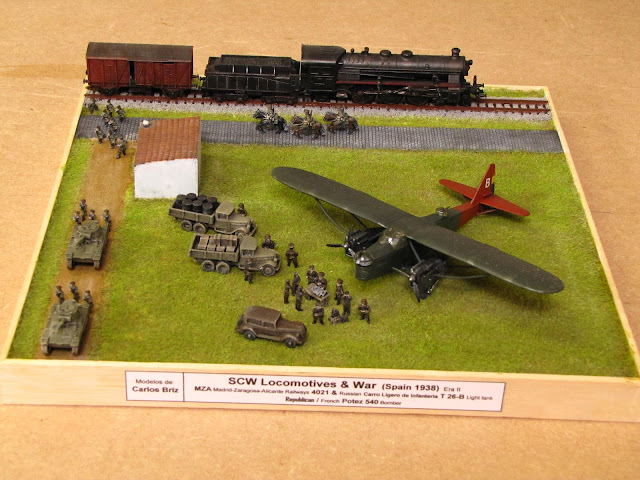 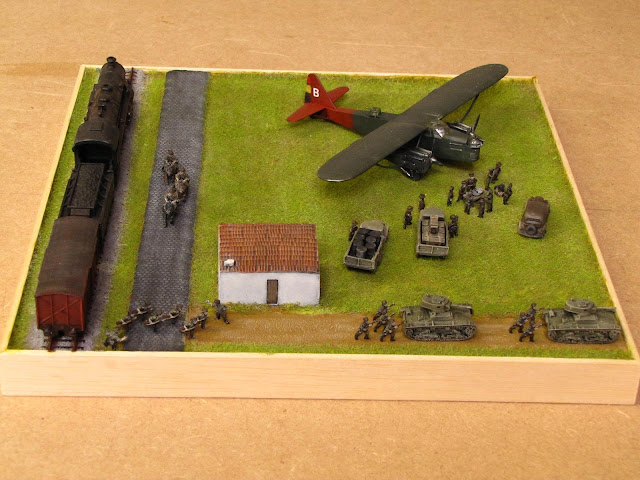 The Potez 540 bomber was on the far side of the Tupolev, in operational terms, and served as good target practice for the Nationalist fighter pilots.
Jorge Faria/Pedro Casimiro
Publicada por Jorge Faria à(s) 08:58