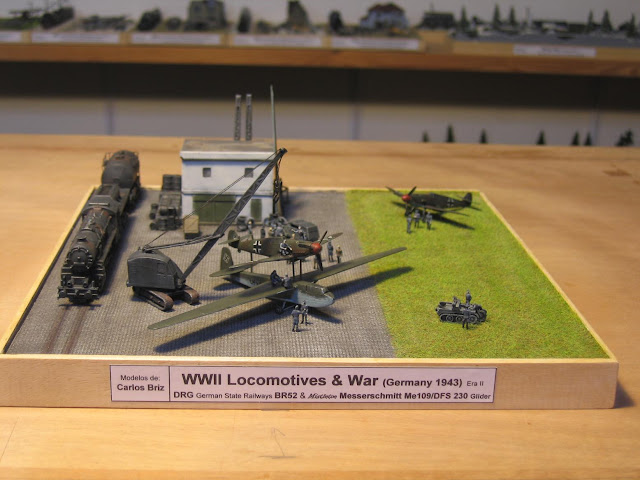 
And CB brings us another dio with a good excuse to use again the ubiquitous DFS 230 glider! 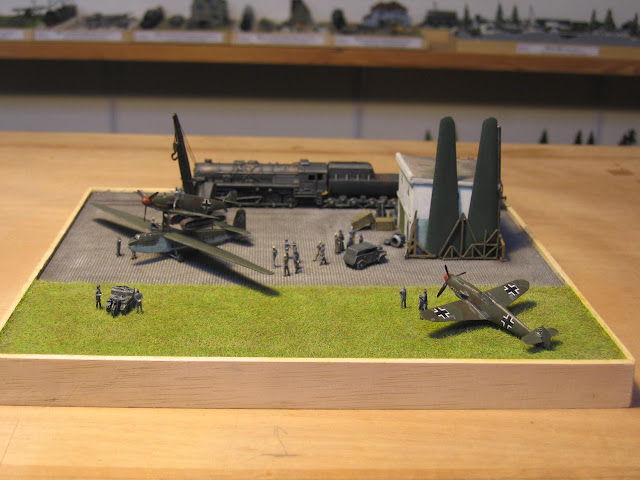 This time, the Me 109 is brought into the scene, producing a mistel composite aircraft
(scratchbuilt by CB). 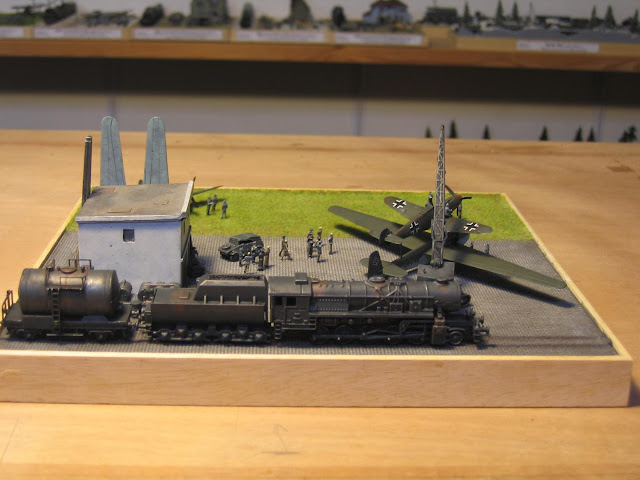 The German produced many other mistel composite aircrafts using the DFS 230, namely with the Klemm 35 and the Fw 56, many of them prototypes.

The objective was to release the transported aircraft (laden with explosives) over the target, and then guide it by remote control. It was another last ditch project to turn the tide of the war.

As you can see, CB's in depth historic research is not limited to trains and railways.