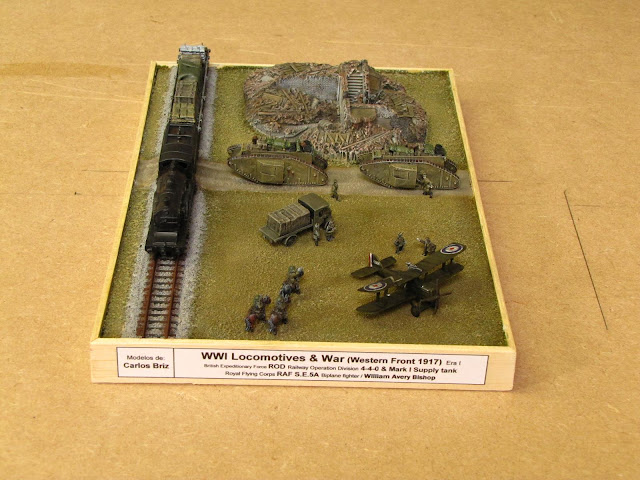 (Class 4-4-0 locomotive - Railway Operation Division)
Carlos is on a roll, concerning WWI dioramas!
Here you have another trio of great dios with everything you would expect to find in a WWI scenario (bad odors excluded...) 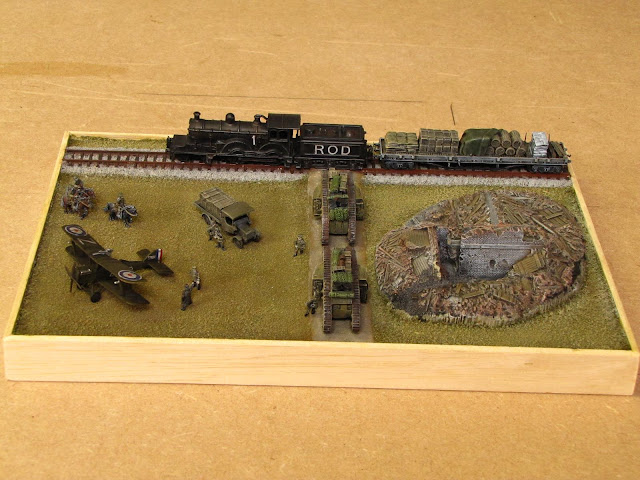 The S.E. 5 biplane was a late comer to this war and was not appealing to most pilots in the beginning 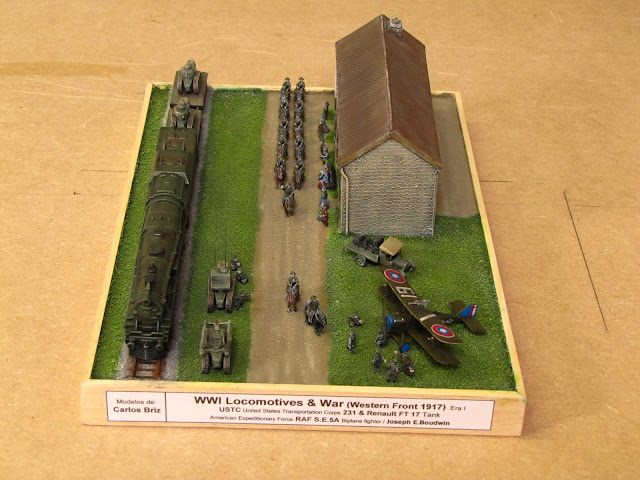 (Class 231 locomotive - United States Transportation Corps)
The FT 17 tank introduced an armoured light cavalry component late in the war, that paved the way for the further developments made by the Germans in the beginning of WWII 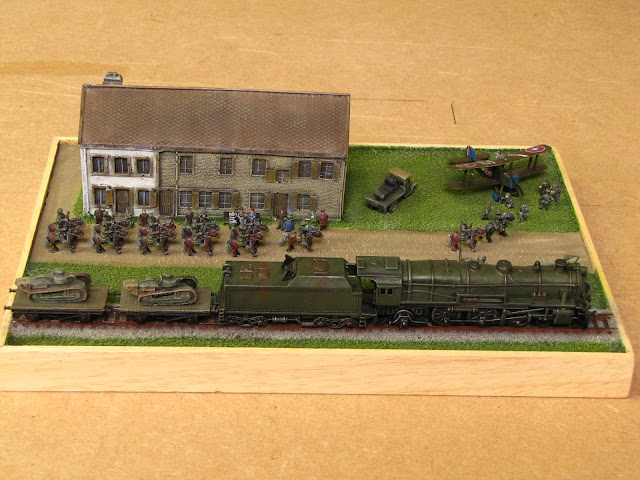 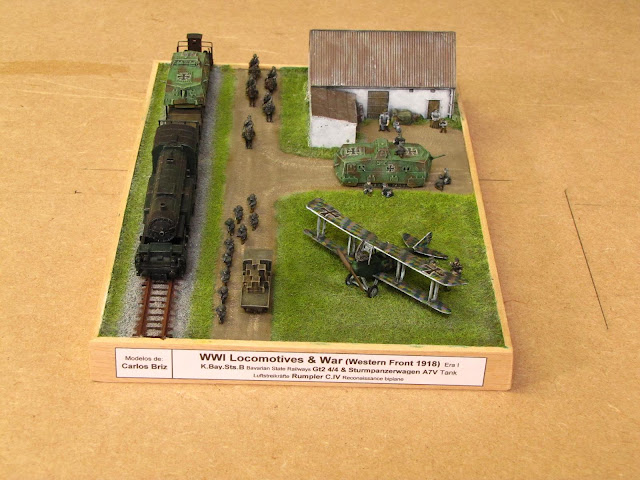 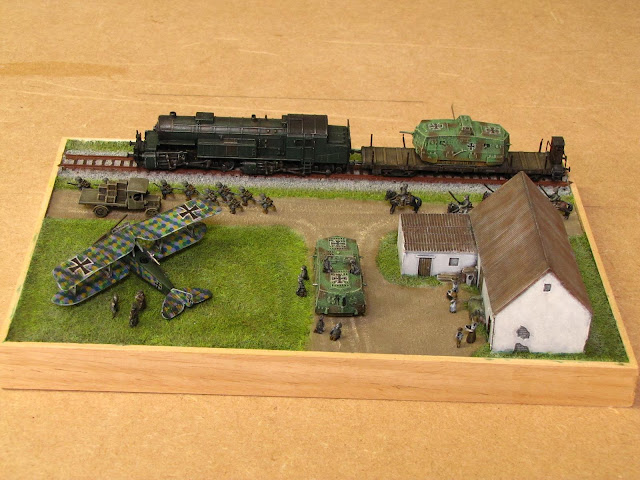 The Sturmpanzerwagen called for a crew of 18 guys, was slow and had a very bad terrain crossing ability
Jorge Faria/Pedro Casimiro
Publicada por Jorge Faria à(s) 19:31