Now that I've done the Panthers I'll concentrate on the other vehicles (FlaK, Recce, the one below, etc) before basing all at the same time for consistency.

In the meantime here are a couple of snippets I found that may be of interest. They are presented here in "giant" scale but they apply to the smallie ones as well. 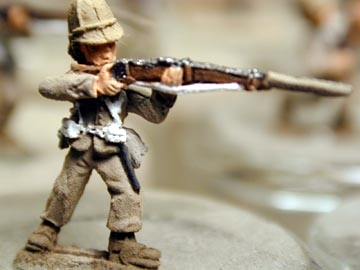 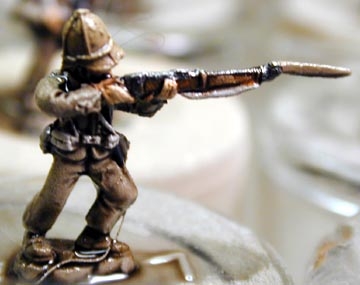 Incredible how thick and grainy his primer coat was...

As I said before I had a few models belonging to the TOEs that needed painting, so I stuck them on a wood strip with blu-tack (which was white!), and gave them a coat of Games Workshop Skull White spray. Must be the only good thing that ever came out of GW!

After well dry overnight, I thinned some Vallejo Acrylic paint of the appropriate German Dark Yellow (I have some quibbles with Vallejo's colour selection but...) with window washing liquid which has lower surface tension than water, so it's 'wetter'. This made the thinned paint flow nicely to the darker corners leaving convex surfaces with a nice natural highlight. 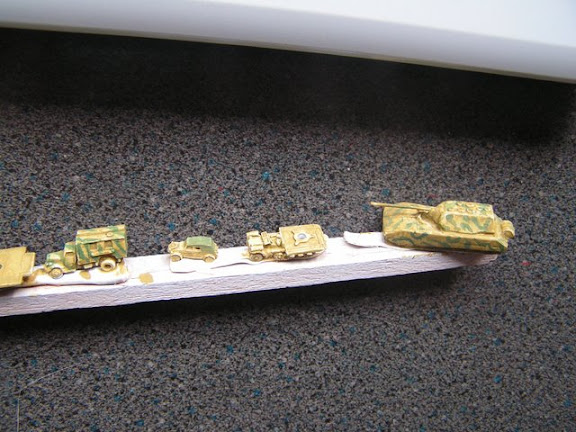 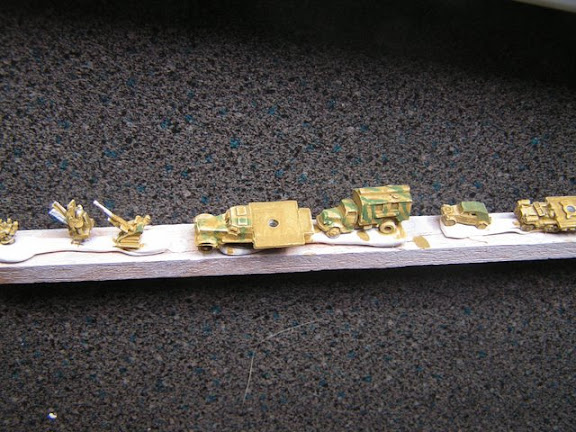 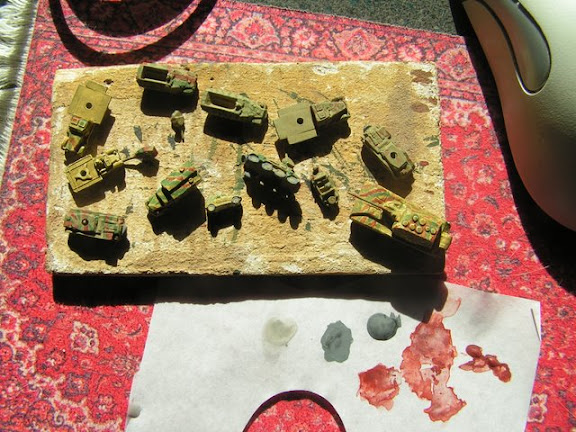 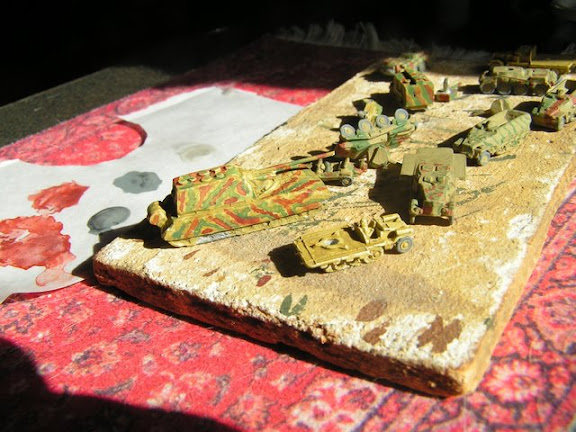 After a few good hours to dry up and let the acrylics cure, I went over to the green and brown camo colours, again thining a bit as the paint was too thick as it came out of the tube. On a couple of models the paint was thinned a lot, if necessary applying second coats of the same colour. This happened for instance to the Maus which looks rather ghastly, but it ended up rather well after shading and highlighting (or one might say these helped disguise my lousy work), but anyway the actual Maus looked like it was painted by a drunk Hitlerjunge after meeting Hitler at the Bayreuth festival. 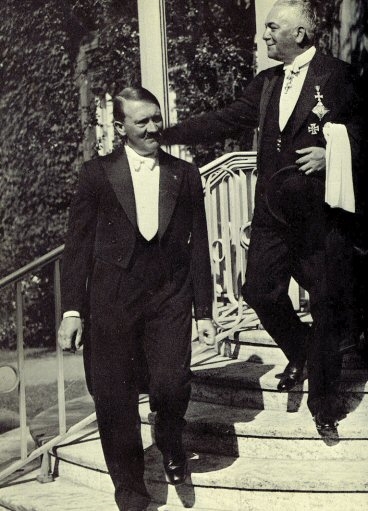 Visiting a few railway modelling stores I managed to buy a decent variety of flocking. These are only a few of those I bought to last me a lifetime or two! 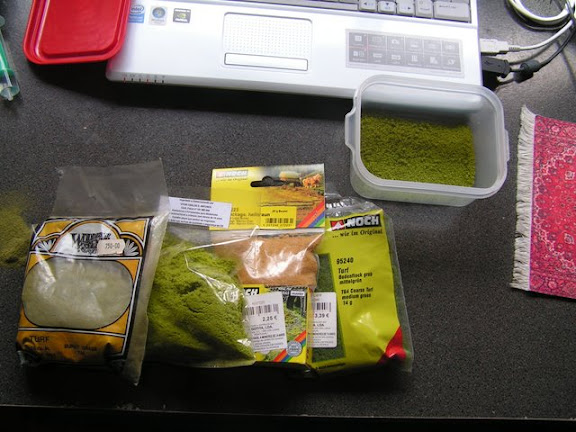 The secret is in mixing several into a tub. They will come in several textures, and to make the mix a bit more homogenous I graded them through a tea strainer I bought for the purpose.

This is a batch of 6 Panthers from the previous posts, stuck to their bases. Some of these will have some bald patches, but the flocking will cover these.

These can be stuck with white glue, epoxy, CA, whatever suits you. All reference to white glue is to the the transparent after dry variety. 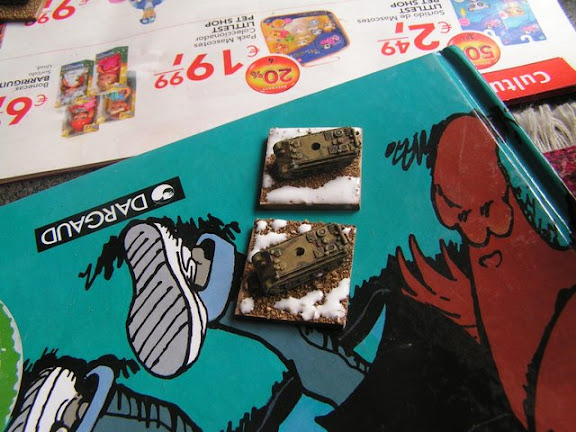