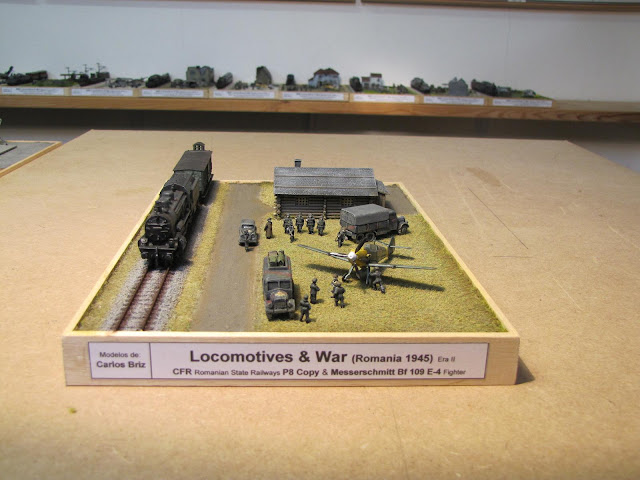 (Class P8 locomotive - Romanian State Railways)
Here you hav'em, two more outstanding dios with their paint still fresh!
The P8 locomotive was early XX century vintage, originally from Prussia, and the last one was built in 1926. This one here was used by one of the Axis members during WWII - Romania. 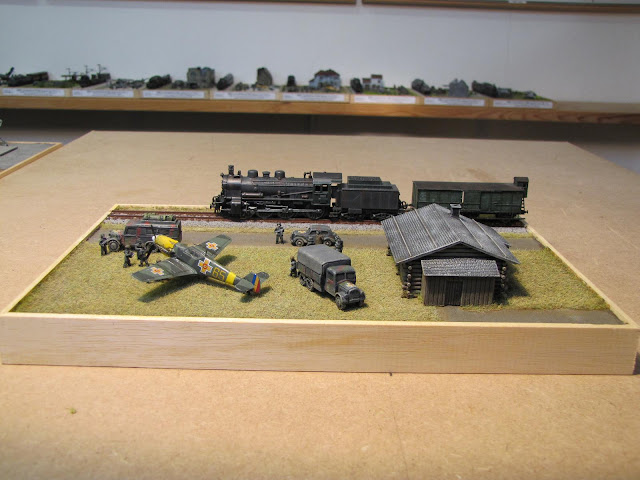 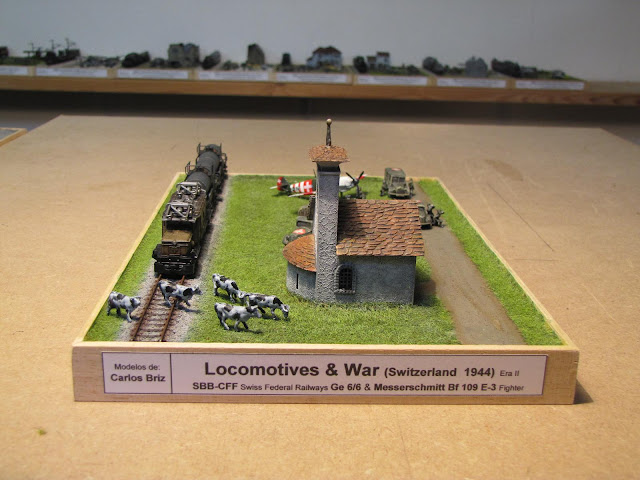 (Class Ge 6/6 locomotive - Swiss Federal Railways)
That Me 109E over there blends really well with that herd of cows... 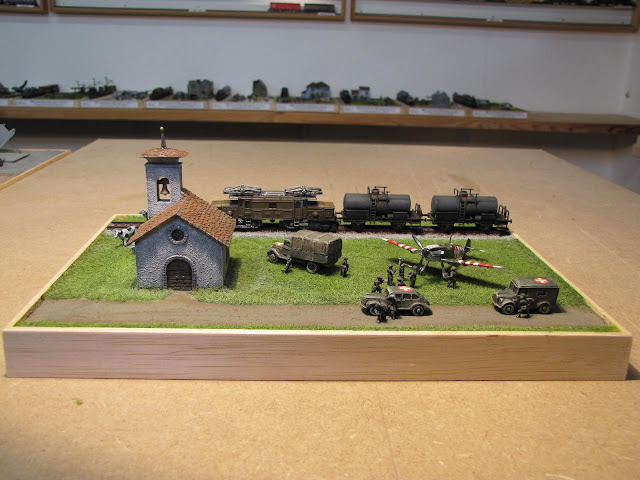 The markings made by the Swiss on the Me 109 (later in the war) were designed not for camouflage but to avoid mistakes in identity, by the Allies.
More than 80 E-3´s (Emil) were bought and delivered to this country just before the start of WWII and were later used in several engagements against...the Germans.
This makes a guy wonder if the Swiss had some inside information related to the beginning of the war, and meant to stock-up some usefull stuff for the future...
BT