The Allied forces in the Pacific were devastatingly unprepared for the onslaught of the Japanese Army (1941-42), which by this time had been fighting for ten years on the Manchurian front.

The Allies were defeated time and time again as the seasoned Japanese forces swept through the Pacific colonies. The Allies paid dearly for their lack of planning and found themselves in an attrition war that swept vast amounts of men, until the ultimate defeat of Japan in 1945.

The minis below are from Pendraken WW2 Japanese range, and I personally considered them the best cast Japanese minis items in 10/12mm. They were based and painted by our well known  master J Peixoto (with the exception of the HQ base), and for me they are simply awesome. 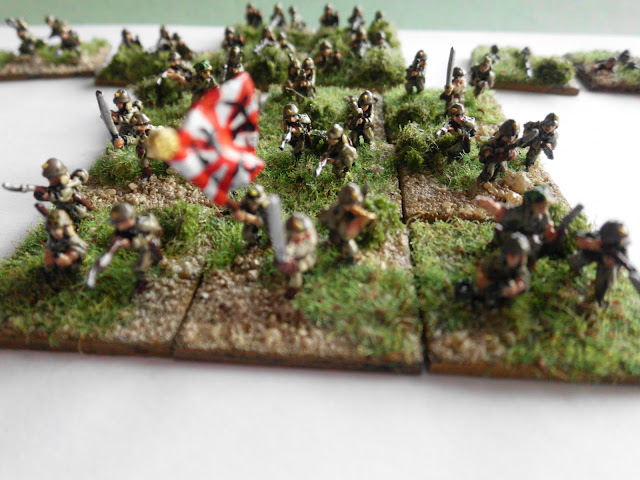