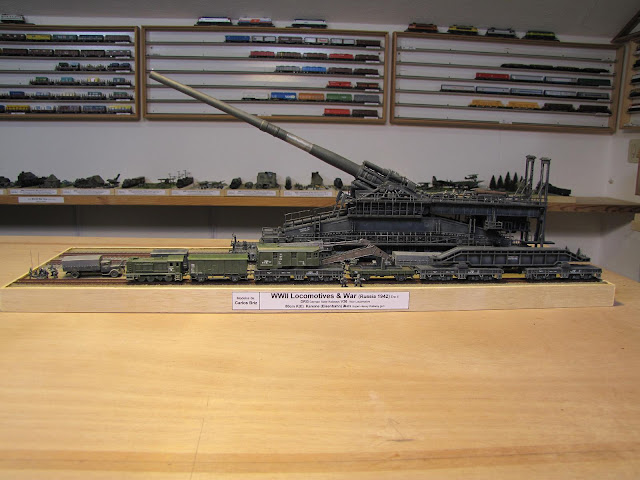 CB brings in the Big Boys!

Check out that monster-of-a-gun, the Dora (a.k.a Schwerer Gustav)!

This is without a doubt the mother of all railway guns, displacing around 1.300 tonnes and delivering a 800 mm payload on its enemies. 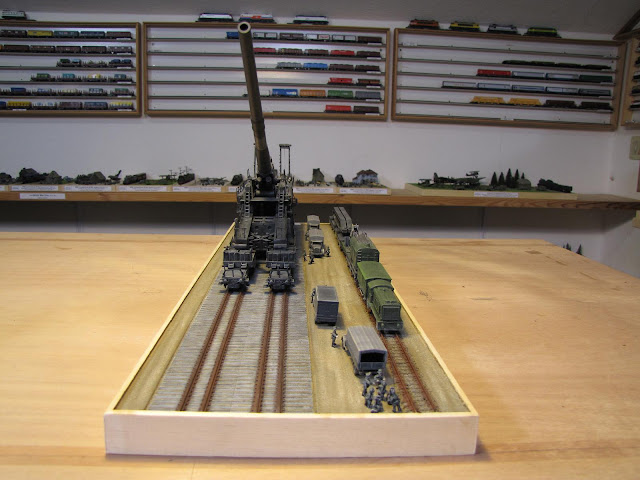 The Dora was the second gun to the produced in his series and, like all of its kind, needed a special two way railroad to move around 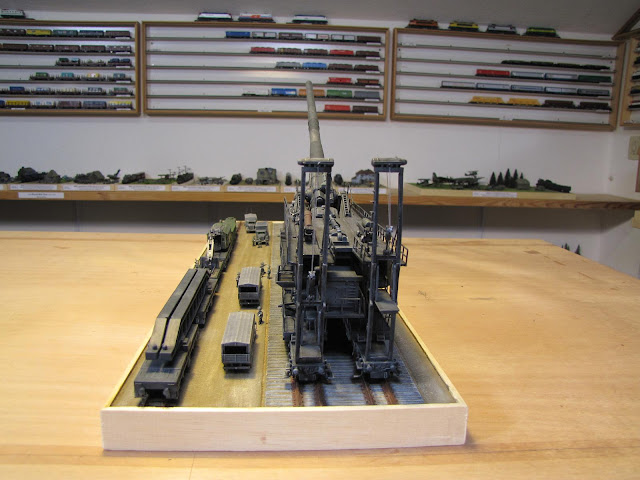 With a range of 37 km (that's around 22 miles for you know who...) there was no advance warning when it fired. The only deliverance the troops on the other end could hope for was a miss, such as was the case with the Russians during the siege of Sevastopol.

During this siege, the Dora destroyed an ammo store located 30 metres below sea level, that on top of that had a concret protection of about 10 metres. 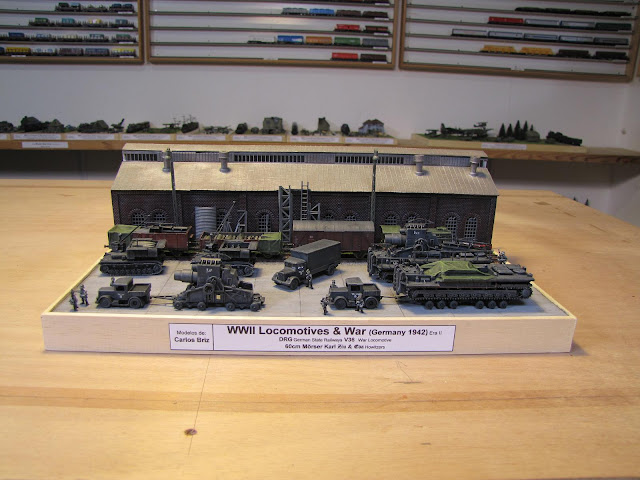 
Over here we have several examples of the Karl-Gerät (a.k.a. Thor, to his friends) self propelled mortar.


This is another piece of hardware that only the German could think of... 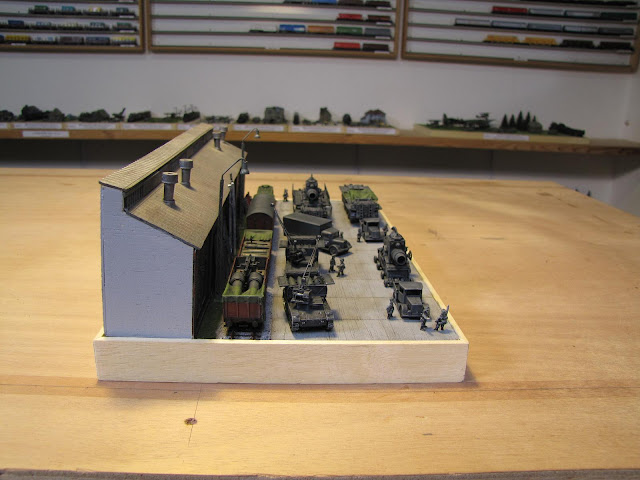 The Thor was built to level anything in sight!


And it did that job full well, with it's 600 mm (24 inches) shell, and was extensively used during the whole war. 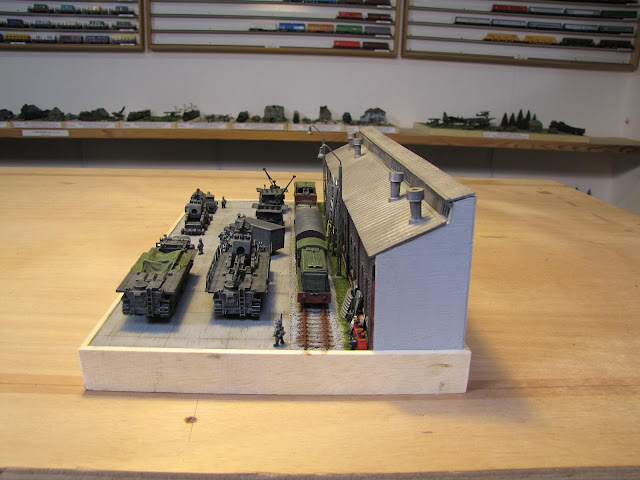 This is another example of how this guy keeps upping the ante, modelling wise, bringing us original and interesting stuff every time.