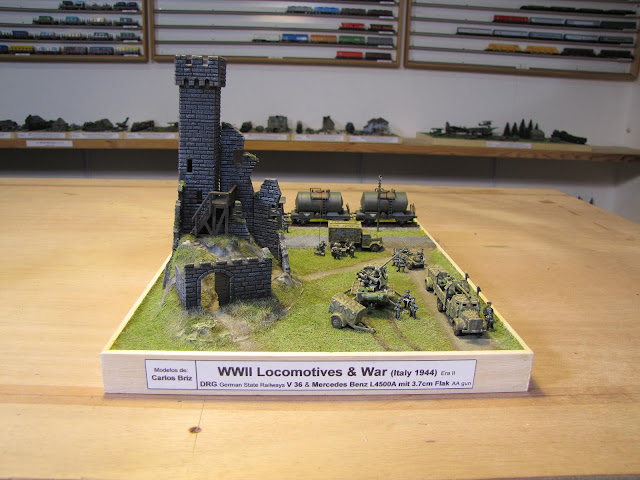 ML will have to put in a serious amount of extra hours if he really wants to stand a chance in catching up with CB now!

Check out the 3 brand new and outstanding dios that CB brings us! 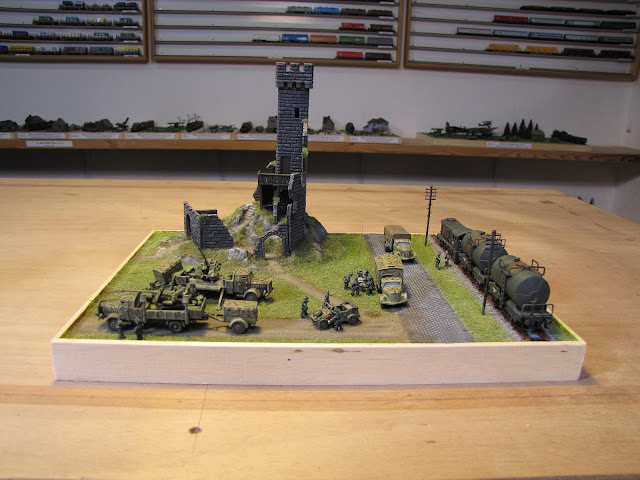 That medieval tower over there provides a nice setting to a coupple of 37 mm Flak guns.

The gunners could always take a few shots against some roaming crows, if the allied Jabos don't show up. 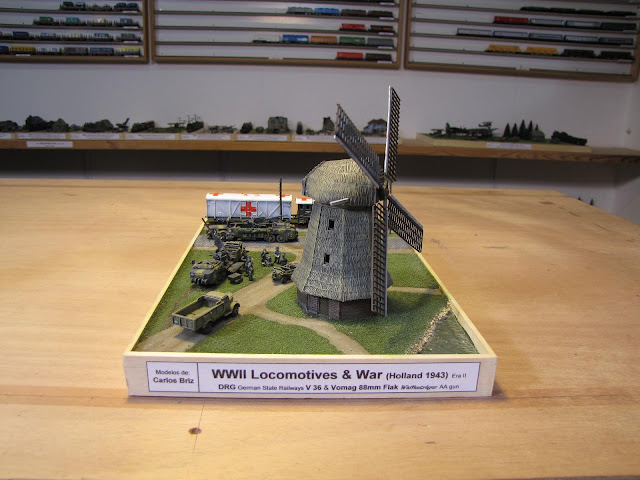 Here we have another state-of-the-art german Flak gun: the 88 mm!

This piece could easily clip the wing off anything that flew during WWII. 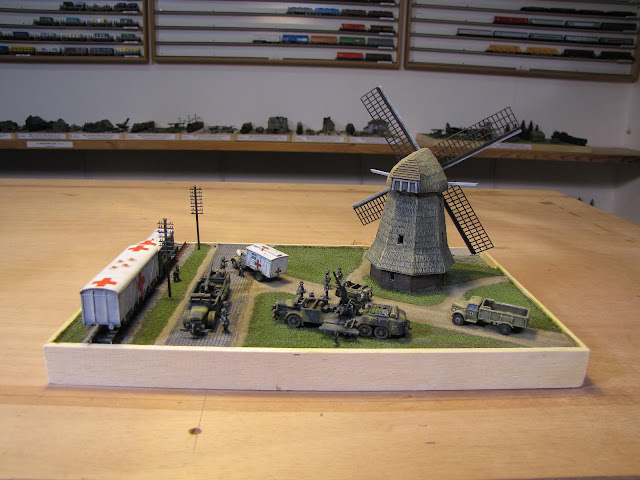 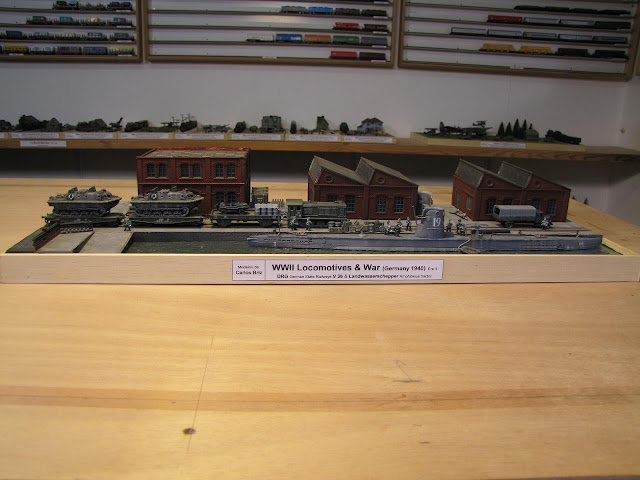 Check out how CB combines a locomotive, a pier and a submarine! 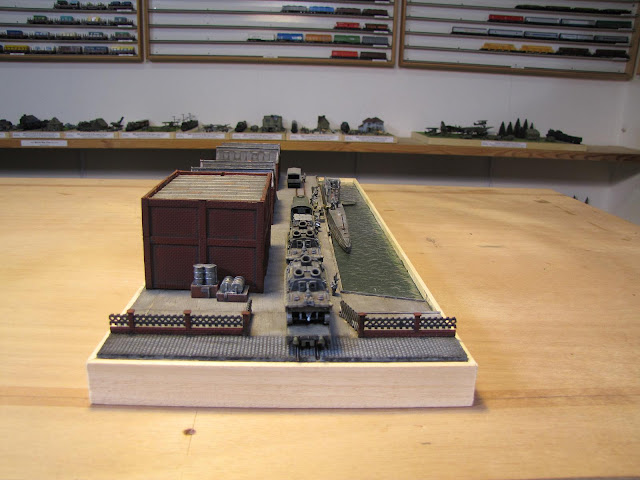 That pair of german amphibious tractors over there look ready to ship out across the channel and land in good old England!

My guess is that one of the main reasons why the germans gave up the crossing was because someone told them what they could expect from the English "cuisine".

The option might well be to eat well in France or starve in England.

Maybe this has always been England's secret weapon to fend off invaders... 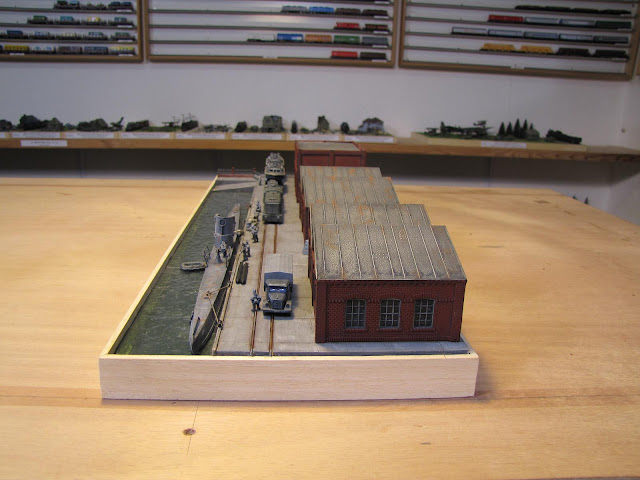