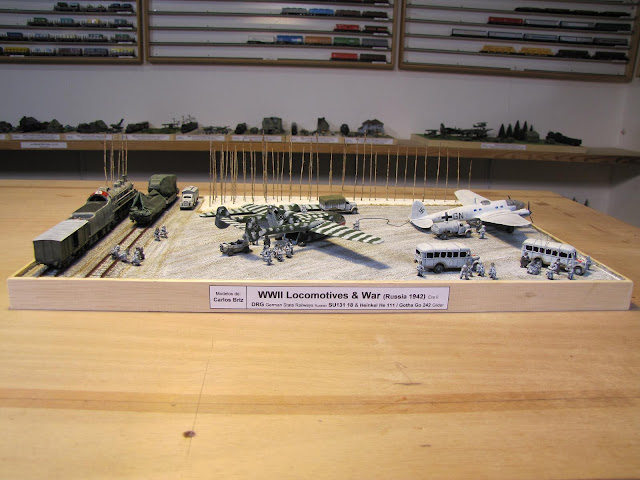 
I really have to ask this since it is beyond my limited capacity figuring out how in heavens name you can manage to put out this amount of modelling production.


I know for a fact that you live in peacefull surroundings, but that cannot explain everything... 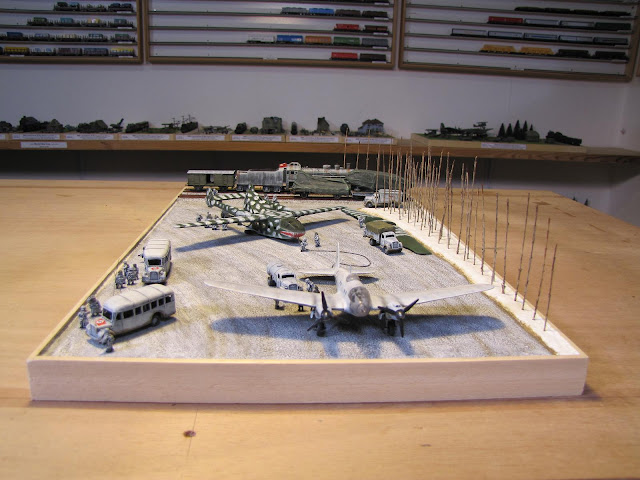 Check out this winter setting for that He 111 and Gotha glider over there! 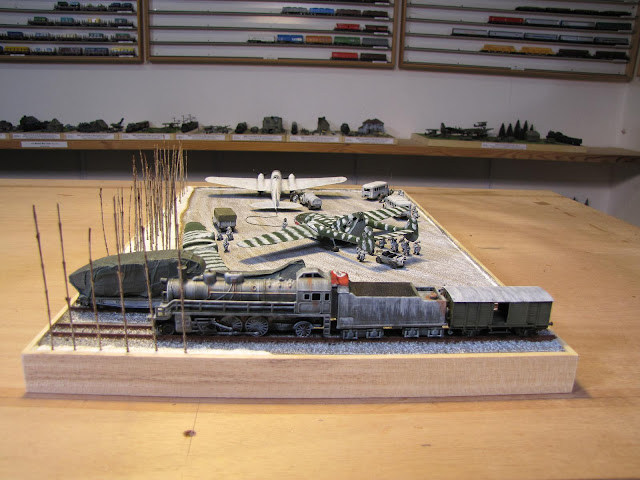 The "ageing" (that's "aging", for you guys in the USA) and dry brush techniques on this locomotive look awesome. 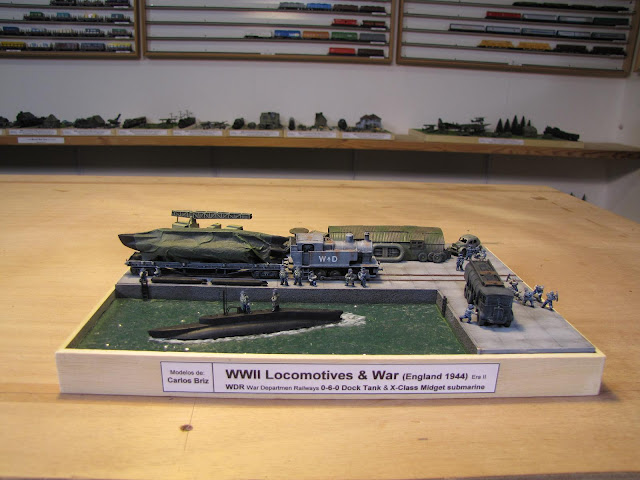 One of the most sucessfull missions of the X-class Midget submarines was the damaging of the battleship Tirpitz, in September 1943. 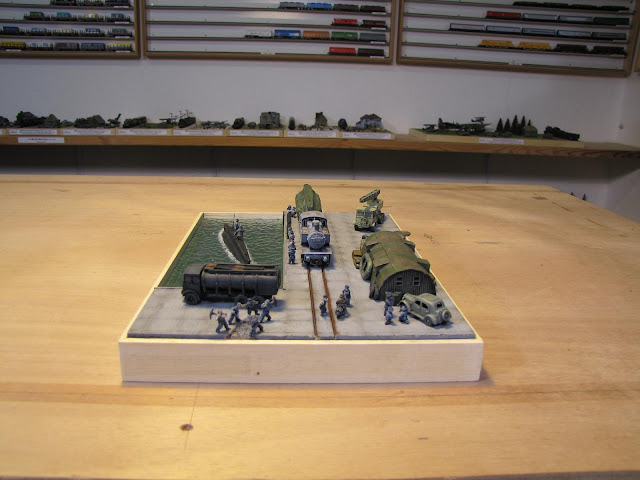 The figures on the dock have their life jackets on...safety first. 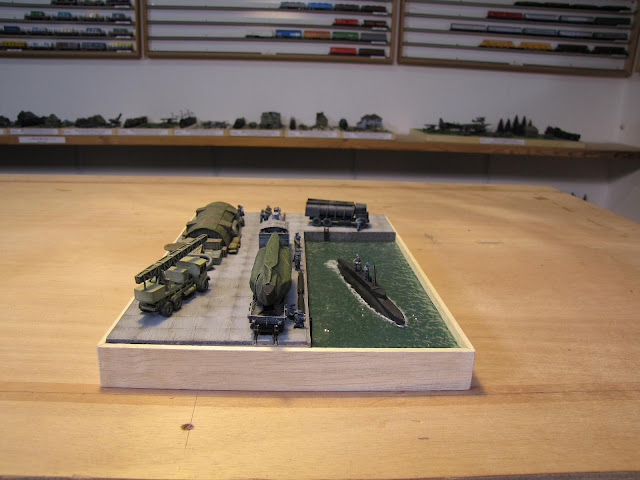 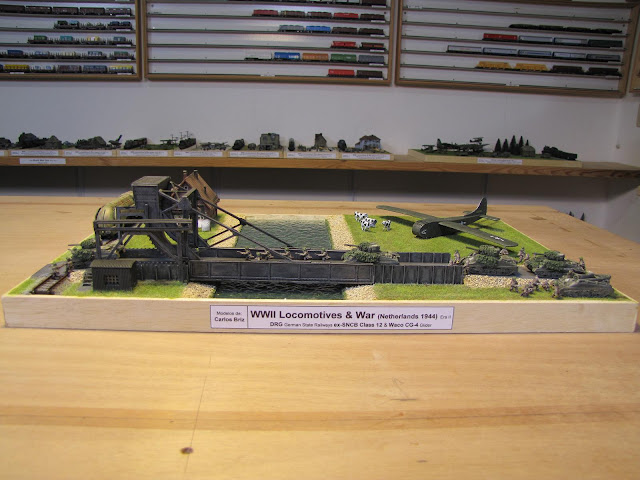 This is another dio that blows your mind away!

Check out that great bridge! 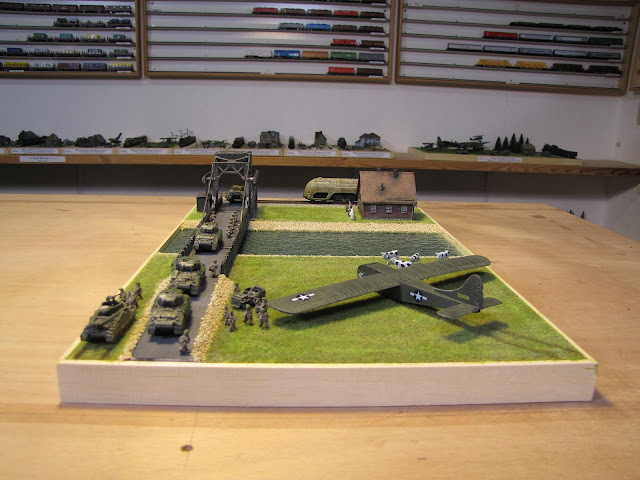 Here we have the allies on their race to reach Arnhem in time. 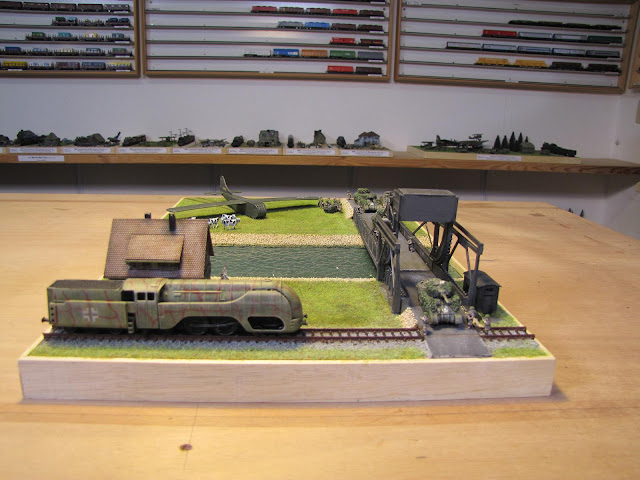 This locomotive looks good and ready to be comandeered for allied service.

The Waco glider provided good service from Sicily to the Netherlands.
After the war they were sold as army surplus and transformed by many creative americans into towed camping homes and hunting cabins.
I would buy a couple of them, if I had the chance... 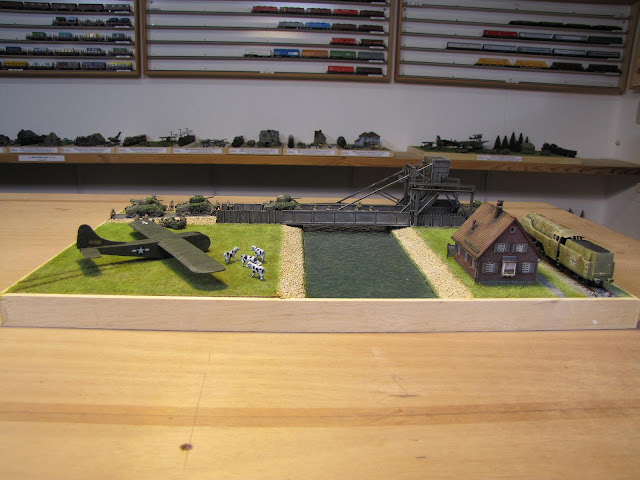 By the way: ML, I do not want to put any pressure on you (you guys know for a fact that I do not usually do that...), but it seems CB is on a roll now and you will be hard pressed to catch up with him, if you do not start delivering some goodies.

You have the whole weekend to do that...