So here they are with a good puddly wash over engine, front, track, turret areas done with a largish brush. There is a Panther sticking out 'unwashed' for comparison. 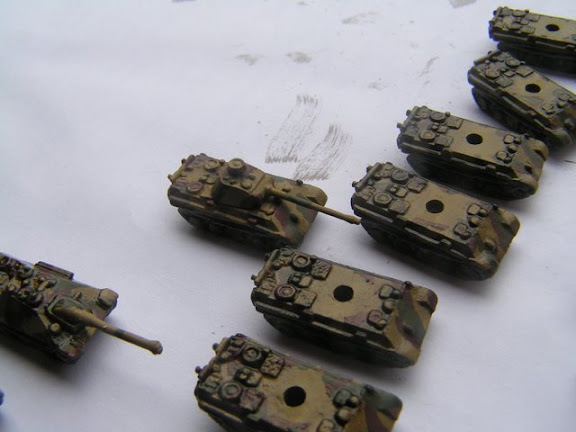 After letting the wash evaporate for a while, the subsequent procedure took a bit of work. I took a stiff, flat square brush, moisted on thinner and excess wiped on a paper towel, and on each model I wiped the excess wash away. What took work was that after each model I had to clean the brush and wipe again so I would not accumulate more grime taken from the previous model. Takes effort but it's worth it.

This is the result, again using the same clean Panther for comparison. 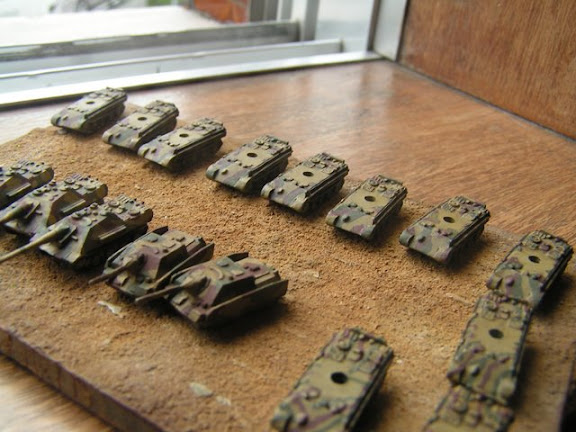 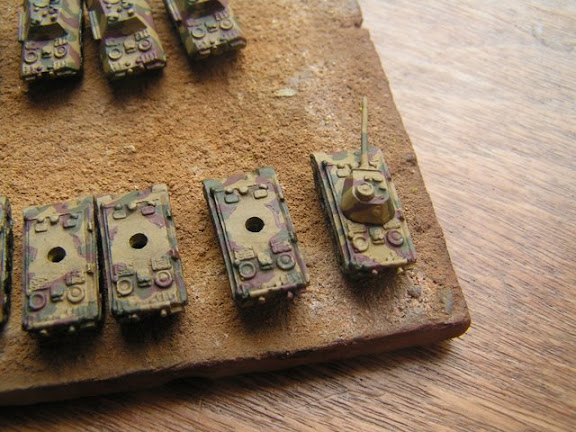 Next step: after well dry go over again on the engine grilles to really darken their insides up using a fine pointed brush this time, and then on to the drybrushed highlights after all is well dry, on the following day.

I'd be using my oil colours but I want to finish this series relatively soon, it would take days between each layer!

To do things properly, I'd blu-tack the hulls and turrets onto wooden strips, but I've run out of them and haven't found a supplier where I'm living now. As a consequence my fingernails look like I've been changing the oil on a Catterpillar!

Here are a few photos showing up what drybrushing does. On that Pnather row from left to right seen from behind is a base paint only, a shaded model, and a shaded and then highlighted one.

For the drybrush I used some base yellow paint with some added white and yellow, but I might have used some straight from the bottle Sand. For the Pz IVs I used Dark Flesh and it worked fine!

Drybruhing should be done after you remove most of the paint from the brush and are left with a dry trace only (it's drybrushing, right?), and should be applied in vertical flicks.

There's no secret at all about this, only that less is more and if you find you don't have enought contrast, don't add more paint, instead go over the drybrushing process again. 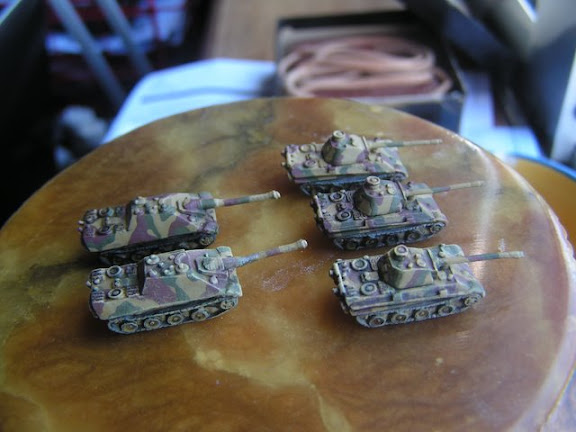 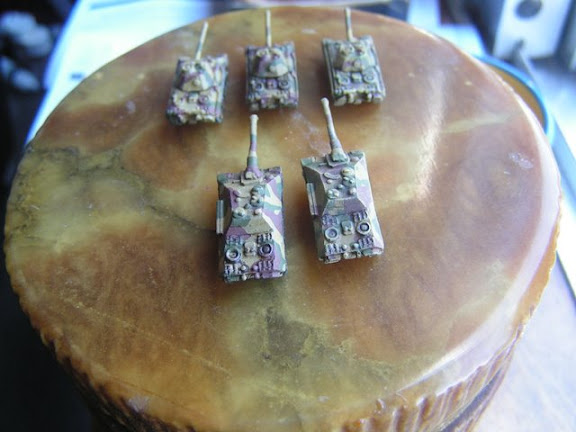 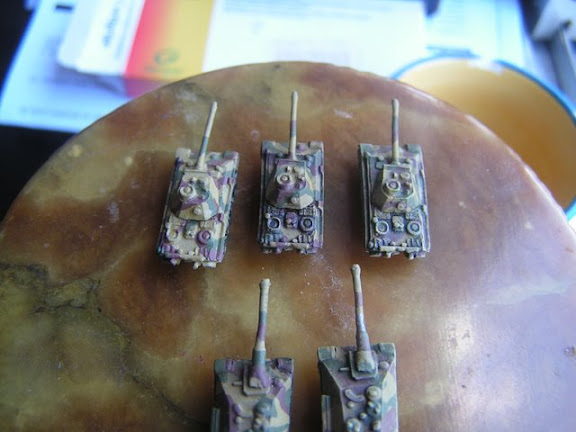 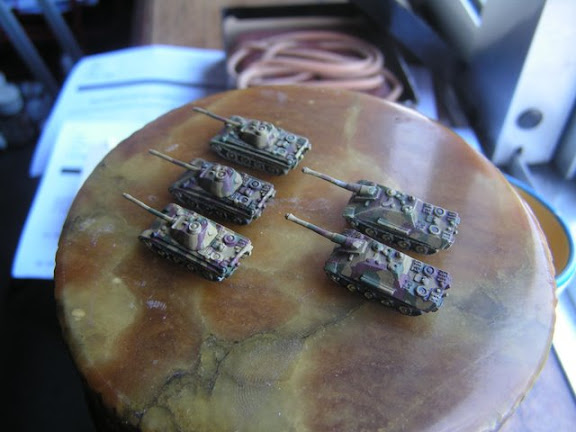