The One Day Campaign - Battle Report! (2) 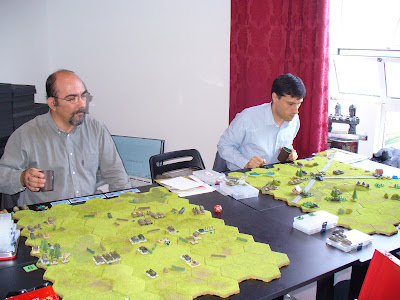 (Tables 5 & 6)
Well, wonders really never cease. More photos were taken, after all, from this event and here you have them.
Here you can see Victor Hugo on the left and JMM on the right, full of concentration before delivering the final attack with his armoured forces. 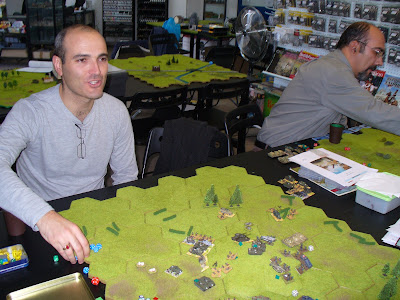 (Tables 3 & 4)
On the left side of this pic you can see PC trying to convince his opponent to let him try another die rol, since a result of "1" was not  allowed by the rules. On the right side, you can see Victor Hugo, again... 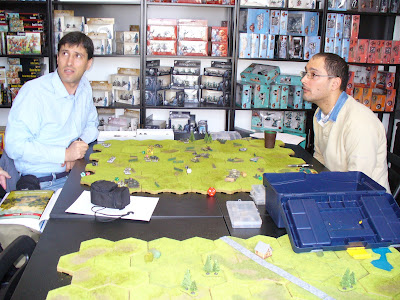 Here we have JMM in battle against Filipe Martins. JMM, in his usual way, is complaining about something and Filipe is saying that that was not his fault. 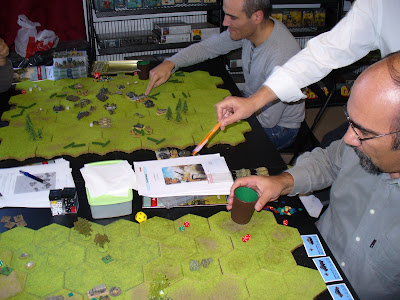 In this pic we have PC trying to point his way to victory. And, once again, we can see Victor in his concentrated self (and ubiquitous way...), trying to figure out what went wrong with that die roll.
JF/PC
Publicada por Jorge Faria à(s) 21:00