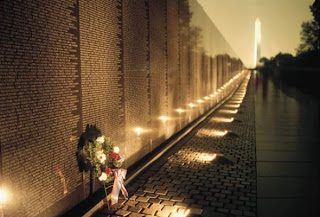 (Part II)
With a mere glance at the comment box of my last post in this (wonderful…) Series, all of you will surely notice that nobody took the trouble to enlighten us regarding the significance of the initial “R” in JM’s name. I guess we all must remain ignorant about that. This is also a sure sign about how far and wide this Series reaches and the interest it awakens. It is very rewarding to notice this.
Looking on the bright side of things, I also noticed that until now I did not receive any court order restraining me from continuing this profound digression into JM’s fine book. This is also very encouraging.
(The )
JM’s mission started in the middle of 1970 and was still a part of the so-called “Strategic Hamlet Program”. In broad terms, this program consisted in the creation of a number of rural villages, consolidated and reshaped in order to create a defensible perimeter. In JM’s case it was the (mentioned in my last post).
This (not-so-strategic) program was implemented in the early 1960’s and by 1970 was already a proven failure. The original objective behind this initiative was to avoid the contact between the rural peasant population and the communist insurgents (Viet Cong), by the way of placing them (the peasants) in fortified villages. Among other things, this program was expected to result in the removal or reduction of recruits available to the insurgents and the elimination of the possibility of the peasants providing any kind of logistical support to the insurgency.
The unforeseen result was that the rural population of involved in this project not only increasingly hated the South Vietnamese Government because of this program (and the string of corruption and injustices attached to it), but also increased its sympathy for the communist insurgents.
The British, in the Second Anglo-Boer War (1899-1902), did a better job and achieved better results in implementing a similar program, with however very unfortunate results among the civilian population.
But these sort of political concerns were not JM’s problem.
This guy was a foot soldier, and as with all foot soldiers throughout the ages (in the immortal words of Lord Tennyson):
Theirs not to make reply,
Theirs not to reason why,
Theirs but to do and die
Therefore, JM’s job was to lead a platoon whose mission was to protect that village – regardless of the fact that maybe the peasants did not really want that kind of protection, given the kind of attention it attracted on the part the Viet Cong. In fact, many of those same peasants had one or more close relatives fighting for the Viet Cong.
Well, within 48 hours of his arrival, JM stepped on a booby trap, during his third combat patrol, and was sent to a Hospital. That was not too bad, since many guys did not even manage to resist the first 24 hours without being hit, after their arrival at their outpost in .
The most important part of the daily routine of a combat platoon in a similar situation consisted in executing regular patrols through the countryside, in order to disrupt or intercept the movements and actions of the local insurgents. Any platoon that neglected that particular mission and let itself be pinned down in a defensive posture had a fair chance of being wiped out with zero warning – as many were in similar situations, be it South Vietnamese Army or US Army units.
As always in war, taking the initiative was crucial.
Therefore, aggressive patrols were mandatory and JM enforced them and joined them as often as he could – after his return from the hospital.
The patrols were usually made by one of the squads of the platoon. Leaving their rucksack in camp, each soldier carried his personal equipment, that included the flak jacket, ammunition for his basic weapon, normally the M-16 rifle (on average, 25 magazines with 18 rounds each), fragmentation and smoke grenades, light antitank weapons (the noise they made had a psychological impact on the Viet Cong, forcing them to break contact in an ambush), the army issue bayonet or a personal knife. When the M-60 machine gun went for the ride, links of ammunition were broken down among squad members.
Going on a combat patrol in – an easier said than done situation.
You will know more about it next Friday.
PC
Publicada por Jorge Faria à(s) 09:27