That's right, and this time he brings us a dio related to a river crossing made in the face of a well entrenched enemy. And as an added bonus, the assaulting troops have a locomotive blocking their exit to the other side.

But on the other hand, who said war was as easy as pie?? 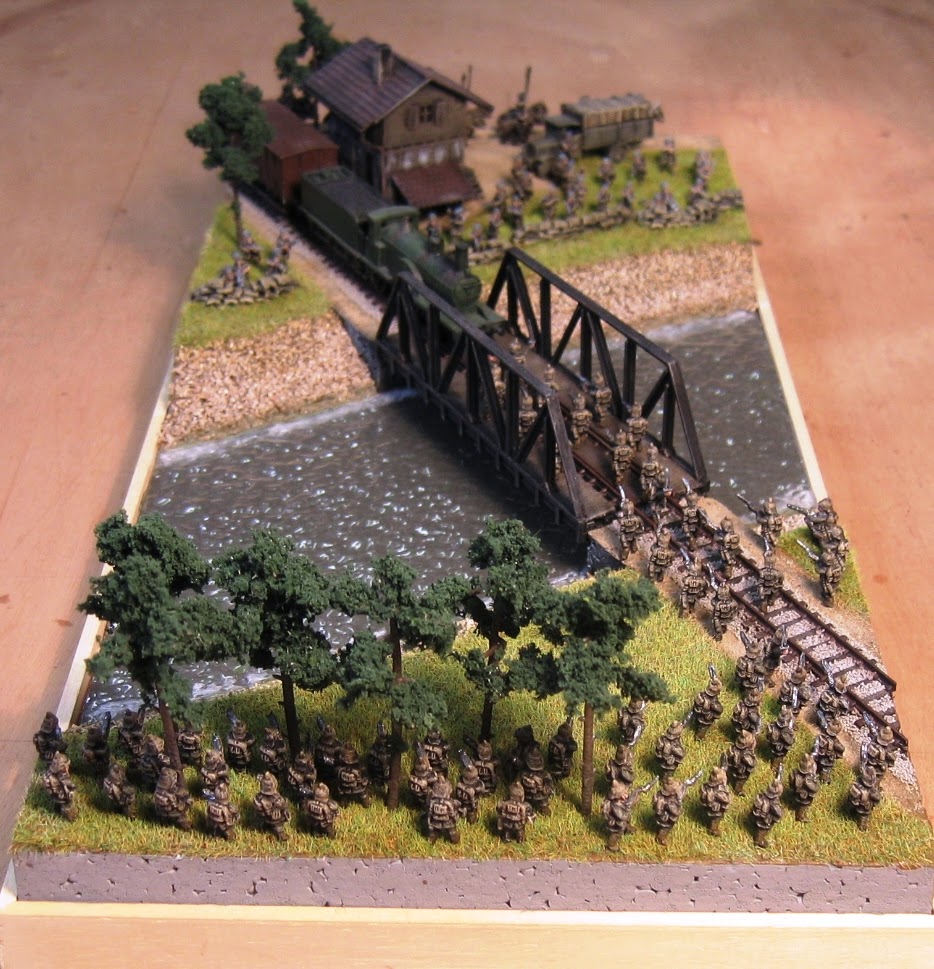 In this dio the infantry owns the picture, and in real life this would be a meat grinder, for most, if not all, of those guys.

An interesting description of a sucessfull defense of a river (the Marne) crossing by American troops against the Germans, during WWI, can be found in page 80, of the excelent book "American Voices of World War I - Primary Source Documents, 1917-1920" 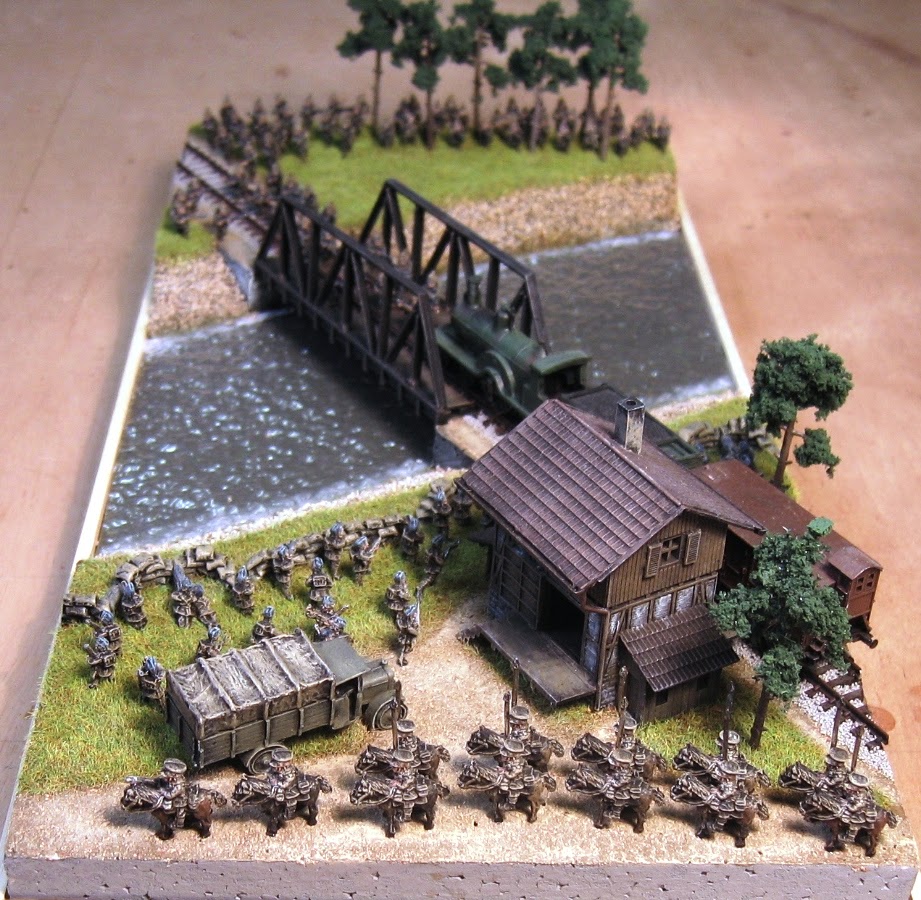 Here you can check out a cavalry unit in reserve, just in case...