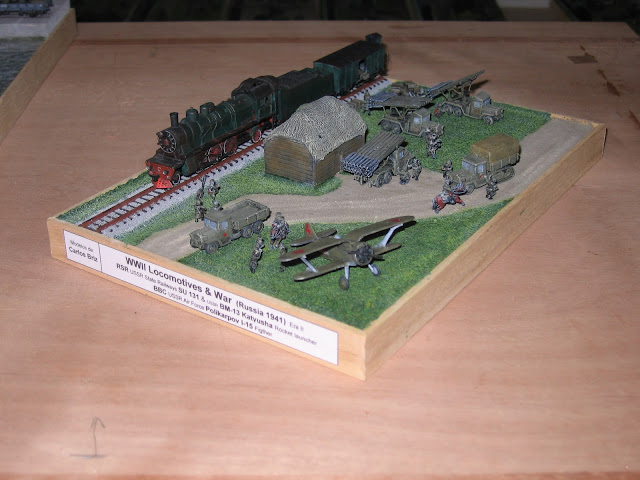 (Class SU 131 Locomotive - USSR State Railways)
Here we have a trio of Stalin's organs in the process of "locking and loading", getting ready to bring unwanted rain on some  unsuspecting landsers.
The psychological effect of the Katyusha rocket launcher far outweighed it's actual tactical effect. 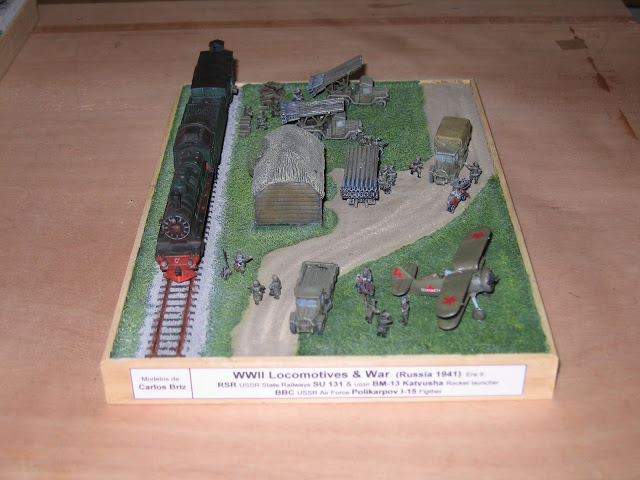 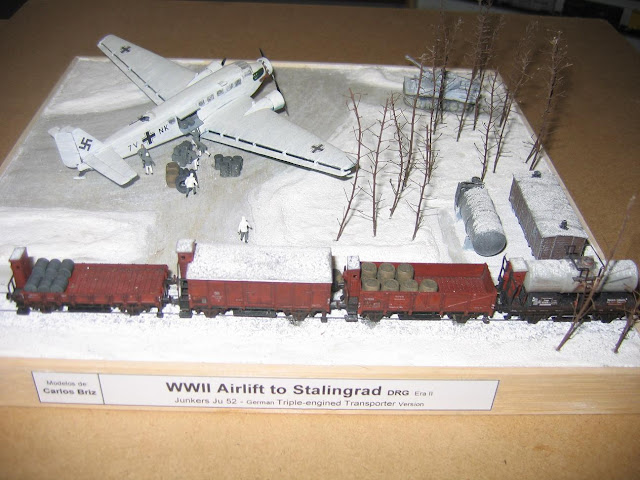 The "Auntie Ju" (Junkers Ju-52) was a very reliable airplane and the Luftwaffe's workhorse.
However, it's limited availability and reduced speed and capacity as a transport aircraft, proved the undoing of many strategic plans during WWII (namely during the battle of Stalingrad and the supply of the Afrika Corps).
Great diorama this one, Carlos.
PC
Publicada por Jorge Faria à(s) 11:18