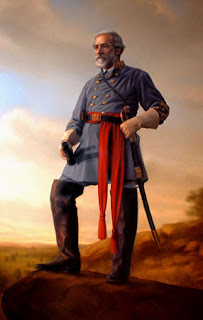 (Robert E. Lee)
As we predicted, Lee seems to be on his way to another sucess. The "rebel yell" of his ragtag soldiers is still strong enough to cross the centuries and clinch Victory for him!
There was a considerable period when "Stonewall" Jackson seemed unbeatable, since your votes gave him a steady advance for a long time. However, he seems to have run out of steam.
What comes as a surprise is the amount of votes gathered by U. S. Grant. Will we see the guy that won the war, lose this important poll?
I wonder were all the "Yankees" went, now that Grant needs them the most?
PC
Publicada por Jorge Faria à(s) 18:25