Close up and details!

That's right, CB sent us some nice looking pics, but none where a guy could identify the locomotives (armoured trains) involved, and I am just too lazy to search for it on the internet... 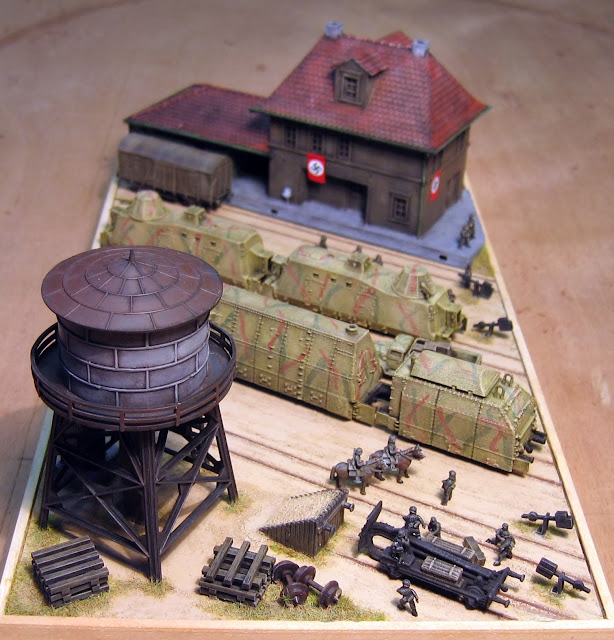 Check this out: rolling armour aplenty!

The armoured trains were put to good use mainly in the eastern theatre during WWII, were it had a good cost effective weapon against the partisans. 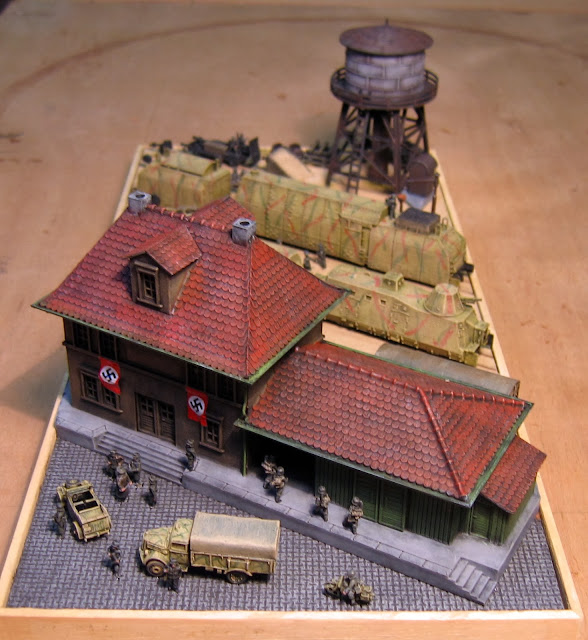 By the way CB:

Do not forget that CHRISTMAS in coming up, and you already know the kind of present(s) that we want...