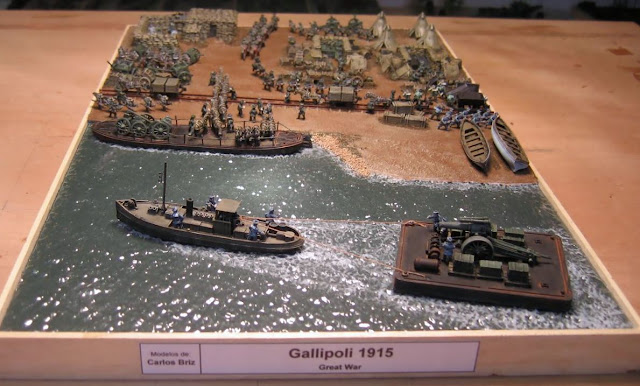 Here you have it guys: another BIG dio from CB, for your eyes only!

And time travels fast over here in the BT blog, since we are back to 1915 and checking out the landing of troops and supplies in one of the beaches of the Gallipoli peninsula, during WWI.

This is the operational theatre where the rough and tough Anzac (Australian and New Zealand Army Corps) troops showed there mettlle, securing one of their first landing sites with a 50% plus casualty rate.

Check out all the eye candy in this dio!

CB, with his usual and outstanding style, duplicates the crowded atmosfere present in this place, at this time, where there was simply not enough space to go around, for all the troops and supplies. 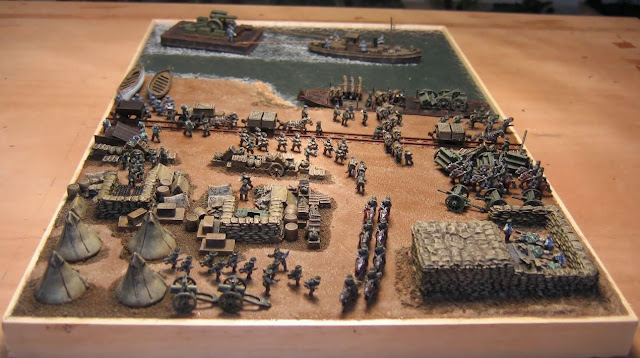 The Turks did not even have to be good shots to hit something in such a crowded space: they could take aim  with their eyes closed!

If the expression "shooting fish in a barrel" was ever put to good use was surely in this place, and those poor guys from Australia and New Zealand sure suffered the results, together with many thousands of troops from  Britain, and France (on the allied side), and the Turks (on the other side...).

Do  you think CB is taking a break after this?

Well, think again, since there are more goodies coming up real soon!